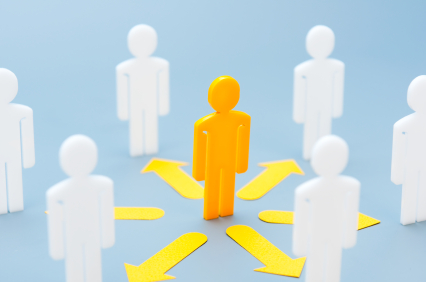 Earlier this week, I wrote a quick post on the difference between delegating and dumping. I noted that delegating differs from dumping in that the leader is still available, still engaged with the heart, and deeply concerned with who receives the delegated responsibility. A wise leader delegates and an effective one delegates well.

But there are some things the leader must never delegate.

Instruct (the people) about the statutes and laws, and teach them the way to live and what they must do. But you should select from all the people able men, God-fearing, trustworthy, and hating bribes. Place them over the people as commanders of thousands, hundreds, fifties, and tens. (Exodus 18:20-21)

Here are three things the leader must not delegate:

God had adopted Israel and given them statutes and laws, in part, so that His people would be distinct. Jethro reminded Moses about his responsibility to instruct the people in the laws God had given His people, the laws that uniquely defined them as God’s people.

A leader must own the responsibility of ensuring that the beliefs and values that identify the ministry/organization are explicitly clear and understood by the people.

Jethro also encouraged Moses to ensure the people understood what they should do, how they should live in response to the reality that God had rescued them from Egyptian slavery.

A leader must own the responsibility to offer overarching direction to the ministry or organization. Without clarity of direction, a plethora of directions are invented and directionless chaos can ensue.

While Jethro encouraged Moses to delegate, he challenged Moses to be personally involved in the selection of leaders. Moses was tasked with finding and placing leaders of both character (God-fearing and trustworthy) and competence (able) so that the people would be served well.

As a leader, you must delegate, and you should seek to delegate well. But retain the responsibility of building your team and providing clarity of identity and direction.