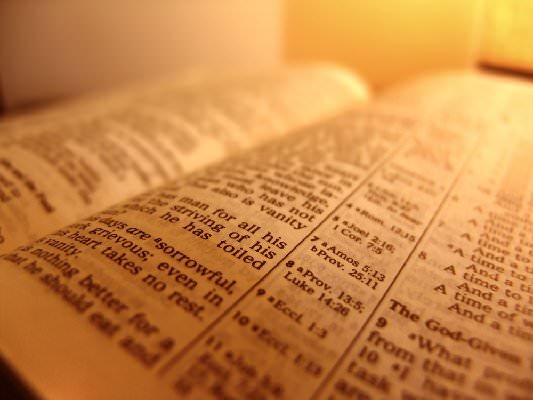 My friend, Toby Jennings, is guest-blogging today. Toby is the Managing Editor of LifeWay’s Explore the Bible, a book-by-book study for groups of all ages. Toby earned his PhD from The Southern Baptist Theological Seminary. You can access a free preview of the first month of Explore the Bible here.

When asked by Roman Christians how God could allow a Christian empire to fall, Augustine wisely responded that Rome had not become a Christian empire under Constantine, nor did Rome fall because—as some had alleged—she turned away from her protective pagan deities. Augustine argued that, if anything, Rome fell because her turn to the God of truth was too late.

So, what does the implosion of fifth-century Rome have to do with our twenty-first century society? Well, as the writer of Ecclesiastes well noted, there is nothing new under the sun. That is, a society graced with the transforming revelation of the God of truth has as much responsibility as any other to steward that sacred trust. When neglect of that trust becomes so prolific that it impacts the entire society negatively, implosion is inevitable.

Church history also informs us that no great awakening has ever occurred apart from, first, a revival of both prayer and elevation of the Bible. Think about it. The things that prompt either decline or awakening make perfect sense in a biblical scheme. Moses put it best:

See, today I have set before you life and prosperity, death and adversity. . . . Choose life so that you and your descendants may live. (Deut. 30:15-19)

If Adam and Eve were evicted from access to life and prosperity for their own refusal to prosper in accord with the life graciously given to them, the only alternative was death and decline (Gen. 2:24). If humanity was designed and intended to have life, not only by food but also by every word that comes from the mouth of God (Matt. 4:4), why would anyone expect humanity to prosper if that which gives them life—God’s Word—is not central? To imagine otherwise really is the definition of foolishness.

The apostle Paul recognized this principle of life by the Word. It’s the reason he urged the Colossian Christians to “let the word of Christ dwell in you richly” (Col. 3:16). He knew that regular elevation of God’s Word in both the individual and the community would result in the flourishing of life as God intended it. So, let the Word dwell in you, and watch God be magnified and people’s lives be enriched.