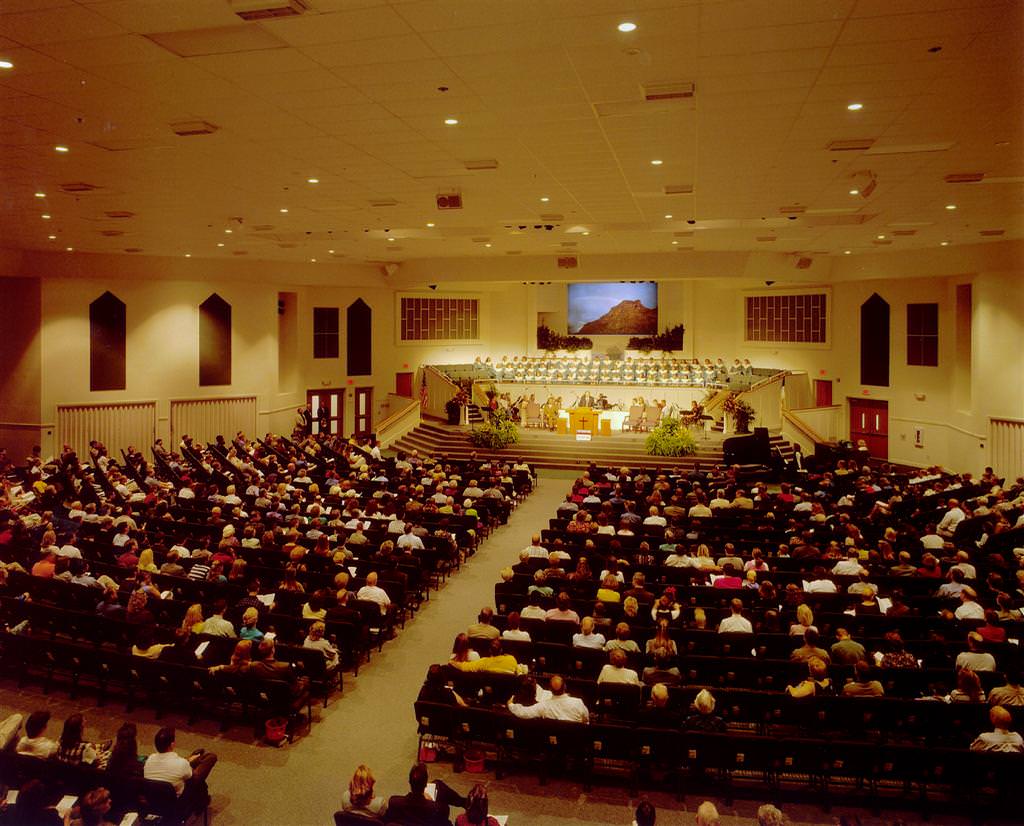 In his biography on Martyn Lloyd-Jones, Iain Murray writes about the seriousness and attentiveness that surrounded the preaching at Westminster Chapel in London during Lloyd-Jones’ ministry:

Silence prevailed in the large congregation. The stillness generally deepened as the service proceeded… There were certain arrangements designed to encourage quietness. For the first part of the service ushers always stood at the doors and no one was allowed to enter while prayer or the reading of Scripture was in progress. A crèche was provided for babies and infants. From about the age of three, children were usually in the church for the whole service, but if they could not be quiet the parent and child were expected to remove speedily to a rear hall where the service could be heard by relay. Any failure to depart could earn an intimidating look from the pulpit!

Some preachers are really good at preaching through distractions, while others really struggle to keep focus. Sadly, I am clearly in the second category and have many times struggled through portions of a sermon due to distractions in the congregation. In those moments, I hate that about myself and pray for grace—but I have not yet been delivered from the struggle.

Some of the more extreme distractions have been being told there is a woman in the balcony who has taken her shirt off (just before stepping on stage), seeing someone pass out in the middle of an aisle, a self-proclaimed prophetess standing up and debating a point of mine, a Spanish soap opera suddenly playing on the screens behind me, a man with a megaphone outside predicting a tsunami would strike Miami, and the sound system making sounds that can only be compared to someone passing gas. It is hard to plan for those. And policies should not be developed around the extreme.

The most common distractions are crying kids, cell phones ringing, and people moving around—particularly people moving in and out of the front sections.

Of course, distractions do not merely impact the one speaking. They also pull people’s attention away from the message at a critical moment and may disrupt the focus on the Word. Because it takes time for attention to be regained, even small distractions are not a small matter.

I have noticed, as I have spoken in different places, that some churches, like Westminster Chapel, do a great job of creating a culture or an expectation of listening and focus and thus minimizing distractions. As the speaker/preacher, the difference is quite noticeable. Here are four common practices I have observed in those churches:

After the message begins, people can’t just walk in at any moment and to any part of the congregation. Ushers seat people in a specific location—particularly the back of the room so that there is less movement to distract the people.

Sometimes people need to leave during the sermon. The nursery sends a text to the mother. The bathroom calls. It happens. But when the people return, they don’t walk all the way to the front or to the center; they quietly take a seat in the rear of the room.

3) Provisions are made for babies

Churches who create the expectation of focus and listening know and can communicate how they handle crying babies. Some churches have rooms, as Lloyd-Jones did, where the sermon can be viewed so that parents with a small child can still watch the message without distracting others. Other churches don’t allow children under a certain age into the worship gathering. In other places, ushers will approach the family if a child begins to make too much noise. Every context is different, and this must be handled gently and with love by graceful and caring people, but it is clear which churches have a plan.

In some church services people are asked to silence their phones. In others there are instructions given on slides or signs. But I can’t say that happens in each church that has a sense of attentiveness during the sermon because that is not the case. I have just noticed that in some congregations cell phones seem to ring much less compared to other congregations. I think it is about the overall culture created. If people sense that “this church really takes this moment seriously,” they are much more likely to quiet their cell phones.

My wife and I recently went to the musical Wicked. In a crowd of 2,000 people I did not hear one cell phone ring. Was it because of the signage or announcements? Those were present, but they may have merely helped to reinforce the mind-set that “this is an environment where people listen and pay attention.” I am embarrassed to say that we were a few minutes late for the performance. Ushers held us from entering and waited until a particular moment in the show to guide us to our seats. They didn’t want distractions to take away from the musical. The moment was protected because it was deemed sacred and significant. The preaching of God’s Word is much more so.