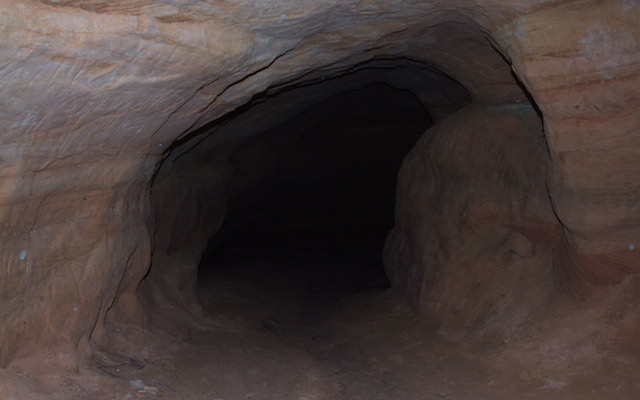 David prayed Psalm 57 while hiding in a cave from the egomaniac Saul, who was seeking to kill him. Saul had kept a jealous eye on David ever since people declared, “Saul has slain his thousands and David his tens of thousands.” Because his name and fame were his refuge, Saul was miserable. Because his reputation was his god, any loss of favor in the eyes of people destroyed him.

Saul was miserable in a palace. David was filled with peace in a cave.

In our sinfulness we run to so many other caves. Saul ran to his own name. Some run to relationships, careers, or material possessions. Others seek escape in the bottle, pornography, or other abusive behaviors. None of them are able to hold us. None of them are able to provide true shelter. While jobs and relationships are good things, they are horrible caves. Only God is the sure and steady refuge.