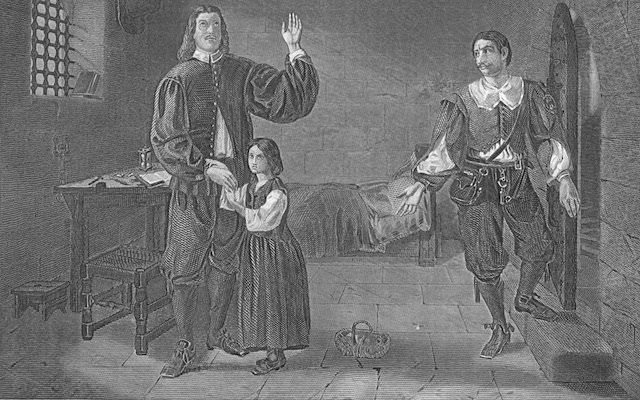 Recently Darrin Patrick preached at our chapel at LifeWay. His message from Galatians 5 was both powerful and helpful, and I am grateful for Darrin. He shared a fascinating story about John Bunyan, pastor and author of The Pilgrim’s Progress.

Bunyan continually preached grace, constantly reminding people that Jesus’ perfect obedience was theirs, that His righteousness was given freely in exchange for their sins. Some religious leaders were concerned that the emphasis on grace would cause people to “live however they want, to do whatever they want.” They feared an emphasis on Jesus’ performance instead of our performance would cause people to sin, to live unguarded lives, to lose a sense of responsibility for personal holiness perhaps.

Thus some religious leaders told John Bunyan, “If you keep preaching free salvation in Jesus based on His performance and not on theirs, Christians are going to do whatever they want.”

Bunyan’s response was beautiful. He insisted, “If I keep preaching free salvation in Jesus based on His performance and not on theirs, Christians are going to do whatever He wants.”

Grace, not law, empowers us to obey Him. Grace can do what the law cannot do—create a new heart, a heart that obeys out of love and not out of fear or an attempt to earn favor.

Previous Post: « 3 Tips on Leading Laterally
Next Post: 2 Unintended Consequences of the Idea That “Anyone Can Lead a Group” »