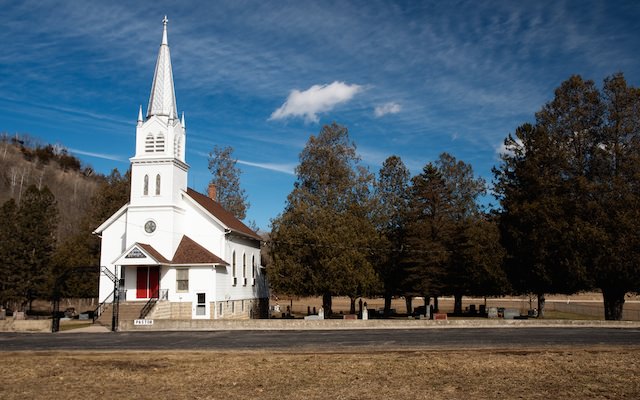 Pay close attention to your life and your teaching; persevere in these things, for as you do this you will save both yourself and your hearers. (1 Timothy 4:16)

When I was in my late twenties, serving as an executive pastor, two young pastors suddenly seemed to burst on the evangelical scene. Their churches, both named Mars Hill, were growing rapidly, and a broader Christian audience was taking notice. The two Mars Hills—Rob Bell’s in the Grand Rapids, Michigan, area and Mark Driscoll’s in Seattle—were never associated with one another and were very different in doctrine and approach. The only relationship between the two Mars Hills is that they both became broadly well known around the same time. It seemed that suddenly I began to receive emails from pastors and Christians asking if I had heard of Rob Bell or Mark Driscoll and what I thought of their ministries.

Bell was recognized as a creative, story-telling preacher who launched his Mars Hill by preaching through the Book of Leviticus. After he preached a sermon at a Willow Creek preaching conference with a goat next to him the entire time, multiple preachers attempted the same feat. His Nooma videos became Wednesday night youth ministry lessons in churches across the country.

Driscoll was recognized for his strong leadership and straightforward, biblical sermons. He had a brash edge to him, an edge that appealed to young men in the ministry with whom I served. His church was growing in Seattle, of all places, a place recognized as being one of the most unchurched cities in the entire nation.

Both men were influencing young preachers and young Christians. I was particularly grateful for Mark, as it was clear that he held tightly to and boldly proclaimed the Bible as the faultless Word of God. While Rob Bell wondered in his book Velvet Elvis whether or not the Christian faith would be in jeopardy if “we lost the doctrine of the Virgin birth,” Mark Driscoll continued to preach through books of the Bible, to point people to Jesus, and to call people to repentance.

Both Rob Bell and Mark Driscoll are brilliant; there is no question about that. Bell is a gifted and compelling artist in both his speaking and writing. Driscoll has an unbelievable mind, perhaps a photographic memory, as he is able to recall large portions of books and sections of Scripture on the spot. Admittedly, I find it frustrating that he can prepare sermons in 1-2 hours that would take me 20 hours to prepare. And both Bell and Driscoll are charismatic, magnetic leaders.

But a decade later, both Rob Bell and Mark Driscoll are in different places. Rob Bell is no longer pastoring and is touring with Oprah. And current and former elders have urged Mark Driscoll to step aside from ministry for a season because of patterns of behavior they view as inconsistent with the criteria the Scriptures give for a pastor.

Some would say that the trajectory of both men has reached the logical, un-intervened conclusion. When Bell began questioning key doctrines of the faith, some suggested that the questioning would not end with one doctrine. As my friend and colleague Trevin Wax has pointed out, “a liberal doctrine is never an only child.” What seemingly began with questions has reached the point where hell has been minimized and God is like an Oldsmobile who needs to be reinvented. Mark Driscoll has admitted struggles with anger and pride, but a plethora of hurt former elders feel repentance and reconciliation have never occurred (I am praying, as I know many others are, that Driscoll and Mars Hill will enjoy a new season of ministry).

Paul told Timothy to “watch your life and your doctrine.” He reminded Timothy, “Continuing in both saves yourself and those who hear you.” Both life and doctrine are critical.

A drift in life lowers the credibility of the message, as the leader’s life is watched as much as the sermon is heard. For this reason, Paul told the believers in Philippi to put into practice not only what they heard from him but also what they saw in him (Philippians 4:9).

A drift in doctrine, a drift from the truth, has a devastating impact. There is a massive difference in holding tightly to the “faith delivered once and for all to the saints” and continually questioning, as Satan did in the garden, “Did God really say…?” Putting on trial what the Lord has clearly declared is the antithesis of watching your doctrine.

A third church comes to mind. It is the church led by a pastor you don’t know, a church you have never read about, a church that has never had a staff visit it to learn the “secret sauce” of its growth and influence. The pastor doesn’t have an audience outside of his church. People don’t download his sermons across the world. A decade ago, some in his church wished he were creative like Bell or edgy like Driscoll. But he didn’t change. He simply stayed the course of the ministry the Lord gave him. He watched his life and his doctrine closely. And a decade later, he continues to plod down the same path. His hearers have benefited greatly from his steadfastness.

The point of this blog post? I can’t and won’t attempt to improve on Paul’s challenge: Watch your life and watch your doctrine closely.