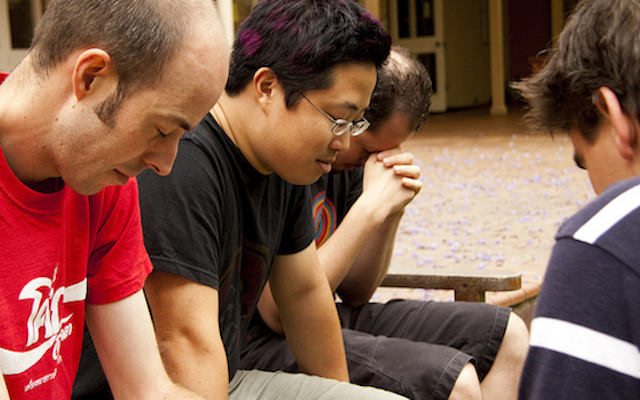 In Corinth, Paul was concerned that divisions were occurring because the people were saying things such as, “I follow Paul” or “I follow Apollos” or “I follow Peter.” The people were building community on something less than Jesus—on their allegiance to a subgroup of people in the church. Paul was known as the Apostle to the Gentiles, so it is possible that Gentile believers in Corinth viewed Paul as “their guy.” Peter was known as the Apostle to the Jews, so some scholars have suggested that Jewish believers thought of Peter as the one who represented them. And Apollos was a wise and gifted orator, so perhaps the educated and sophisticated in the church really identified with Apollos and pulled away from the others.

There is really nothing new under the sun. The same sub-groups, the same pseudo-communities, form in churches today. Let me introduce you to them, and perhaps you will recognize them:

The “we were here first” group

Perhaps the Jews in Corinth united around the Jewish roots of the Christian faith, thinking, “We were the first ones in.” Today, this is the group in a church who “paid the price” that others will never pay, who were there from the beginning, the “charter members” who subtly or overtly remind others that they will always be second-class church members. While a church is foolish not to celebrate her rich history and the gracious hand of the Lord throughout her existence, we must be careful that community is not built on history but on Jesus.

The “we are deeper” group

Apollos may have appealed to the “deeper crew” in Corinth, those who were hungry for more sophisticated teaching. While teaching should challenge our minds and our thinking, building community on “we know more than those other folks” only creates divisions in the body. Today, this is the group in a church who feel they are above others, who only hang with one another, who raise their spiritual noses at those whom they view as “shallow.” Church leaders must challenge those who view themselves as mature to invest in others, not isolate themselves from others.

The “we are more free” group

Perhaps the Gentiles in Corinth united around the freedom they had in Christ rather than the Lord who gave the freedom. Today, this is the group in a church who looks down on others who “are not as free,” who don’t feel as liberated in some of their choices, who “are still constrained” by some of their upbringing. It could be something as silly as uniting around a more casual dress or relaxed style of worship rather than the work of Jesus. Church leaders must remind people that our methodology, our approach, is not what unites us, otherwise shallow community is created.

The problem with a pseudo-community is that the people unify around something other than Christ. We often treat whatever unifies us as what justifies us. Though not explicitly stated, people come to believe that they are right before God because of their distinction from everyone else, because of their effort, because of their heritage, or because of their freedom. But because only Jesus justifies, Jesus should be what unifies believers in a church.

Paul reminded the people that it was the Lord who called them into fellowship with Himself through Christ and had thus given them community with one another. He challenged them to remember that only Christ died for them and that Christ is not divided. For a church to be divided is to give the people and the world an inaccurate depiction of who Jesus is, for the church is the body of Christ.

God is faithful; you were called by Him into fellowship with His Son, Jesus Christ our Lord. Now I urge you, brothers, in the name of our Lord Jesus Christ, that all of you agree in what you say, that there be no divisions among you, and that you be united with the same understanding and the same conviction. For it has been reported to me about you, my brothers, by members of Chloe’s household, that there is rivalry among you. What I am saying is this: Each of you says, “I’m with Paul,” or “I’m with Apollos,” or “I’m with Cephas,” or “I’m with Christ.” Is Christ divided? Was it Paul who was crucified for you? Or were you baptized in Paul’s name? (1 Corinthians 1:9-13)