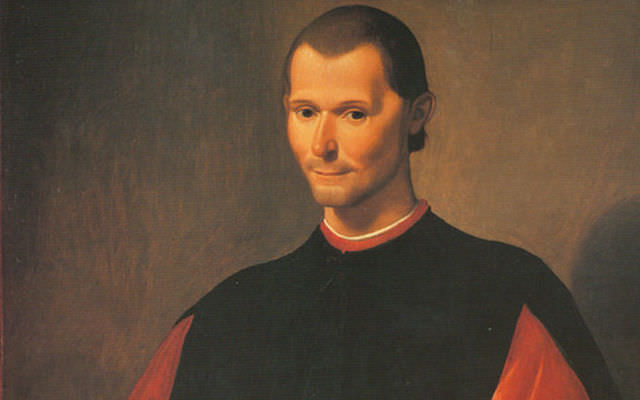 Which is more important for a leader, to be loved or to be feared? The question has existed and has been debated for centuries. For example, the famous philosopher Machiavelli believed that it is rare to be both feared and loved, and if a leader were confronted with choosing one over the other, then the leader should choose fear.

Here a question arises: whether it is better to be loved than feared, or the reverse. The answer is, of course, that it would be best to be both loved and feared. But since the two rarely come together, anyone compelled to choose will find greater security in being feared than in being loved… Love endures by a bond which men, being scoundrels, may break whenever it serves their advantage to do so; but fear is supported by the dread of pain, which is ever present.

Machiavelli’s counsel is distinctly un-Christian. He defines the motivation for desiring fear over love as “finding greater security.” He reasons that a leader should long to hold tightly to their leadership role and defend it by creating fear in others. Thus, the way to be secure as a leader, according to him, is to maximize “the dread of pain.”

The kingdom we belong to is very different from the kingdom of this world, as our King “did not count equality with God as something to be grasped, but emptied Himself to serve us.” Leadership in the kingdom is upside-down as well. We are servants, not leaders who insist that others serve us. Those who follow Machiavelli’s counsel are always watching their own backs, always concerned that their leadership, and thus their worth, is in jeopardy.

Perhaps the writers of The Godfather had Machiavelli in mind when they crafted the scene of Michael Corleone at a friend’s funeral in The Godfather, Part III. In the scene, Michael reflects on his life as he directs his thoughts to his dead friend:

You were so loved, Don Tommasino. Why was I so feared, and you so loved? What was it? I was no less honorable. I wanted to do good. What betrayed me? My mind? My heart? Why do I condemn myself so? I swear, on the lives of my children: Give me a chance to redeem myself, and I will sin no more.”

Michael bemoans and regrets the fact that he is feared but not loved. While his presence and demeanor demanded fear, he left a wake of destruction in his path—including the destruction of his own soul.

No one wins when the leader is ultimately for himself.