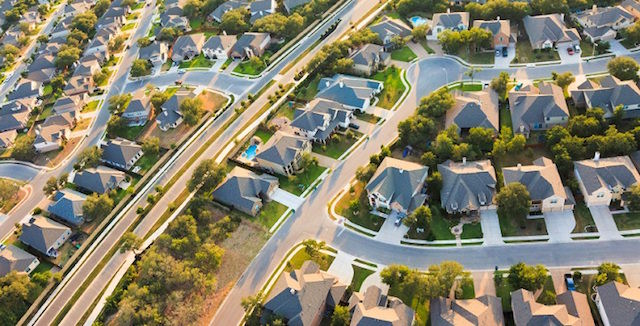 The following post is by David Mathis. David is executive editor at Desiring God, pastor at Cities Church (Minneapolis), and adjunct professor for Bethlehem College & Seminary. He has edited several books, including Thinking. Loving. Doing., Finish the Mission, and Acting the Miracle, and is co-author of How to Stay Christian in Seminary.

Once upon a time, evangelism happened on the church’s own soil. She stood at the center of society. Most unbelieving Westerners had grown up in or around her, and felt some measure of comfort or nostalgia coming to a church building.

Occasionally, we might confront a non-believer on the street corner, or pack them into a stadium to hear Billy Graham, but in general, the work of evangelism has happened in the church’s own space. We invited them into our walls; some would agree to come. We put forward our best speaker to give his best gospel presentation. We’d even bring in a “revival” preacher from out of town. It was a restricted playing field, but it bore fruit in its time.

However, in the twenty-first century, the rules of the game are changing drastically, and fast. Increasingly, if we are to find the lost and win them to everlasting joy in Jesus, we must go find them where they are and engage them with “not only the gospel of God but also our own selves” (1 Thess. 2:8). No longer is it enough to man the church, put out an inviting sign, and wait for the lost to come streaming in. We must go meet them on their turf, out there in the world, and minister there—making, maturing, and multiplying disciples.

Sent into the World

Fortunately, all this hasn’t caught Jesus off guard. He was ready all along for disciple-making in a society without the church at the center. This is what he had his disciples ready for in the first century, and prayed to his Father for them,

And today, in the twenty-first century, we are beginning to experience more and more what it was like to be “sent into the world” in that pagan first century.

And so it is with Paul’s wonderful coffee-mug encouragement near the end of his letter to the Philippians:

At first glance, this might seem like a circle-the-wagons manifesto. Batten down the hatches, keep your mind sealed off from the foul air of sinful society. Build the church walls thicker. Surely Paul is encouraging his readers to shelter themselves from society, right?

But a growing number of careful exegetes are claiming that this verse is actually “designed to place them back into their world, even as they remain ‘over against’ that world in so many ways.”[1] This text, rightly understood, may actually send us out into society for the frontlines work of making, maturing, and multiplying disciples, rather than retreating to the bunker.

But don’t take my word for it. Let’s try to track closely with Paul’s own words and intentions, rather than assuming that our English reading and Christendom mindset have gotten it right. There are at least three important things to point out in the verse.

First, even pastors with rusty Greek may recognize that the verb translated “think about” in verse 8 is not the one we would expect. The word here is logizomai, which typically conveys the notion of counting or computing. As one commentator observes, it is “unusual for Paul to use the verb logizomai with reference to a list of virtues.”[2]

It would make more sense to us, perhaps, if Paul used the verb phroneo—“to set one’s mind”—as he does in Romans 8:5 and Colossians 3:2. That would mean, as we typically have understood this verse, that we should give ourselves to pondering good, godly thoughts. But Paul doesn’t actually say that here, though he could (as he does in other places). And we know Paul has the verb phroneo is at his disposal because he’s just used it in Philippians 3:19 (“set their minds on earthly things) and elsewhere in the letter.

Instead, Paul goes with logizomai, which means to “count,” “compute,” or “consider.” For instance, Romans 6:11: “. . . consider yourselves dead to sin and alive to God in Christ Jesus.”

What Paul says here is much less clear than the English translations would lead one to believe. The impression given is that he is calling on them one final time to ‘give their minds’ to nobler things. That may be true in one sense, but the language and grammar suggest something slightly different. The verb ordinarily means to ‘reckon’ in the sense of ‘take into account,’ rather than simply to ‘think about.’ This suggests that Paul is telling them not so much to ‘think high thoughts’ as to ‘take into account’ the good they have long known from their own past, as long as it is conformable to Christ.[3]

Second, Paul chooses some strange words as he rattles off six adjectives (in our English: true, honorable, just, pure, lovely, commendable) and two nouns (excellence, worthy of praise). At least these are strange for Paul. They are not the typical words he co-opts to characterize the Christian life in his other letters. Rather, they are words much more common to the unbelieving society in the first century than to the church. “The six adjectives and two nouns that make up the sentence are as uncommon in Paul as most of them are common stock to the world of Greco-Roman moralism.”[4]

The “If Anything” Clauses

Finally, says Fee, this more missional reading “seems confirmed by the double proviso, ‘if anything,’ that interrupts the sentence.” He continues,

The six words themselves, at least the first four, already point to what is virtuous and praiseworthy; so why not add the proviso unless he intends them to select out what is morally excellent around them, and to do so on the basis of Christ himself? Thus, he appears to be dipping into the language of Hellenistic moralism, in his case tempered by Jewish wisdom, to encourage the Philippians that even though they are presently ‘citizens of heaven,’ living out the life of the future as they await its consummation, they do not altogether abandon the world in which they used to, and still do, live. As believers in Christ they will embrace the best of what of that world as well, as long as it is understood in light of the cross.[5]

So, then, Paul is encouraging them in verse 8 “to take in account the best of their Greco-Roman heritage, as long as it has moral excellence and is praiseworthy.”[6]

Disciple-Making in Light of the Cross

The implications of reading Philippians 4:8 this way then become a helpful guide for us, especially related to making, maturing, and multiplying disciples in our increasingly post-Christian context. First, Paul is calling us to embrace God’s common grace at work in our surrounding society; regardless of what the doomsayers have told you, it’s there to be identified and enjoyed—lots of it. But secondly, we must do so with discernment and Christian common sense—with the key being the very gospel that is the core and heart of all our evangelism and disciple-making.

It is hard to imagine a more relevant word in our postmodern, media-saturated world, where ‘truth’ is relative and morality is up for grabs.

The most common response to such a culture is not discrimination, but rejection. This text suggests a better way, that one approach the marketplace, the arts, the media, the university, looking for what is ‘true’ and ‘uplifting’ and ‘admirable’; but that one do so with a discriminating eye and heart, for which the Crucified One serves as the template. Indeed, if one does not ‘consider carefully,’ and then discriminate on the basis of the gospel, what is rejected very often are the mere trappings, the more visible expressions, of the ‘world,’ while its anti-gospel values (relativism, materialism, hedonism, nationalism, individualism, to name but a few) are absorbed into the believer through cultural osmosis. This text reminds us that the head counts for something, after all; but it must be a sanctified head, ready to ‘practice’ the gospel it knows through what has ‘been learned and received.’[7]

And where the “anti-gospel values” are absorbed, the depth and duration of disciple-making is deeply compromised.

Paul’s charge in Philippians 4:8 (and Colossians 3:2 and Romans 8:5, for that matter) should not lead us to isolate ourselves from our society and our Christgiven mission to go into it and make, mature, and multiply disciples. Rather, this text should have us leaning forward into it. This verse is a summons to make all of life, and all the world, our context for disciple-making.

As you consider evangelism and discipleship in our increasingly post-Christian day, let me encourage you not to limit your vision to the walls of the church and the traditional categories. There is a place for formal meetings and classrooms and seminars. I love them. I teach them. I’ve benefitted unspeakably from them.

But as we disciple the nations, we will find that it requires not just the formal transfer of the gospel, but increasingly the informal sharing of “our own selves” (1 Thess. 2:8). The world is our classroom, as it was for Jesus and Paul. Let’s consider whatever is true, honorable, just, pure, lovely, commendable, excellent, and praiseworthy in life and society; let’s make disciples out there too, and model such engagement for those who will practice the things they have “learned and received and heard and seen” in us (Phil. 4:9).

Previous Post: « 6 Thoughts for Pastors on Personal Finances
Next Post: Stay in Your Lane or Own the Whole? »