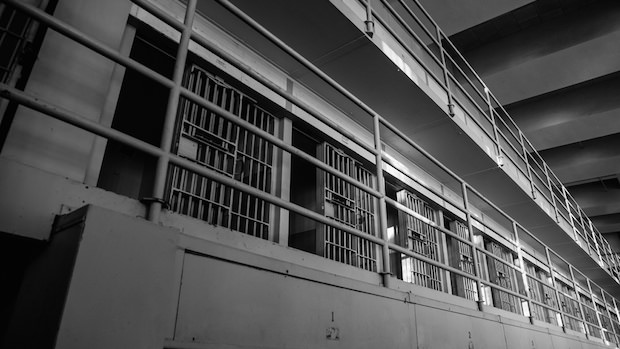 Christ has liberated us to be free.

I read the book Ghost Soldiers several years ago on a vacation. It tells the story of what many believe to be the greatest rescue mission in military history. Nearing the end of World War II, over 500 American and British prisoners of war were stuck in a POW camp with pending orders for their execution. They had spent three years in a brutal camp in the enemy-occupied section of the Philippines. The United States Army heard of the pending execution and decided to make a daring rescue attempt behind enemy lines. Colonel Mucci led a group of 121 soldiers 30 miles into enemy territory. They busted into the POW camp in the middle of the night in a surprise attack.

When they arrived at the barracks where the prisoners were kept, they were excited to announce freedom to their fellow Americans. They expected the prisoners to rejoice with their newfound freedom, to bolt out of the camp, and never to look back at their misery. But initially the prisoners did not know how to process their rescue. They had been mentally programmed to think the prison was the only way to live. Hampton Sides wrote:

Some were literally scurrying from their deliverers… Many were curiously reluctant to go. They seemed suspicious of their good fortune. They couldn’t shed the door of pessimism of captivity long enough to understand that captivity was over. Or perhaps on some half-conscious level, they still found it hard to transgress the order of the Japanese, the only authority they’d known for three years.

The camp, as horrible as it had been, had become their home. They knew nothing else. Though their captors were killed and they were free, they wanted to stay in prison.

Sadly, the same is often true for us. Christ has freed us for freedom, yet we have a foolish tendency to return to attempts to justify ourselves by our own works. Our hearts are prone to achieve and not receive. Our hearts are prone to earn and not enjoy the freedom Christ has secured for us. Attempting to find our peace and joy in ourselves is akin to the rescued telling their rescuers they wished to stay in prison.

Jesus has not offered Himself for our sins and announced our liberation only to have us remain in prison. He entered our world on the ultimate rescue mission. He sacrificed Himself to free us from the prison of our sin. He flung the doors open and announced our liberation: “It is finished.” And He carried us to freedom. How foolish it is to return to the prison from which we were rescued.

Eventually, through pleading and some carrying, the POWs were convinced of their freedom. As they rejoiced in the reality of their rescue, “they wept without shame.”