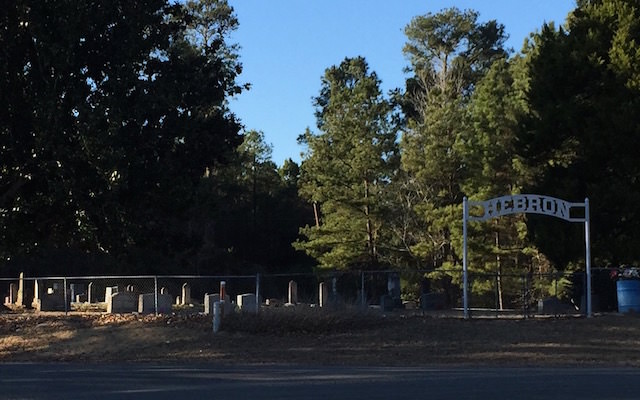 I have been to several funerals in the last few months including that of a local pastor, a friend from college, and last Wednesday we celebrated my father-in-law’s life and mourned his death. I spoke for a few minutes at the funeral about Mr. Billy as a father, as a man, and as a Christian. My thoughts were pretty simple:

Father: There is not a day in my life that I don’t benefit from his parenting. He loved and raised Kaye well. She first saw a love for kids and a love for teaching in her father.

Man: All men want to leave something behind that outlasts them. As a teacher and principal, Mr. Billy invested in others. Many of those impacted by him waited over an hour in a visitation line to express appreciation to his family.

Christian: Mr. Billy is known as a good and generous man, but he is not in heaven because he was good. Mr. Billy worked hard throughout his life, but he is not in heaven because of his work. We believe he is with the Lord because Jesus is good and because of the work Jesus did for us on the cross. We don’t stand before God in our goodness; we stand before him in His goodness.

So that was my message. Since then, I have done some more thinking and processing.

This life goes by very quickly.

It seems like yesterday I was a pallbearer at my grandmother’s funeral. At that point, there was a generation between death and me, and it seemed so far away. Now all our grandparents have died, and we have lost our first parent. Even if I die an old man of natural causes, I am quickly moving towards that day. We are really like a “smoke that appears for a little while, then vanishes” (James 4:14). The scarcity of time and the brevity of life should increase our urgency for what really matters.

The Bible reminds us, “Love is as strong as death, jealousy is fierce as the grave” (Song of Solomon 8:6). The grave is fierce. It does not give us another chance to have one more conversation or give one final hug. So we are wise to keep a short record of wrongs, live at peace with everyone, and tell those we love that we love them.

Everything is meaningless … without Him.

We spent some time in the cemetery of Hebron Baptist Church, where Mr. Billy is buried. I walked the rows and read tombstones, some who had been buried over 120 years ago. No one remembers these people now. So much of the earthly things that likely mattered to some of those buried have proven to be absolutely meaningless. A cemetery graciously reminds us, “Only one life, ’twill soon be past. Only what’s done for Christ will last” (CT Studd).

The Teacher in Ecclesiastes asked, “What does a man gain for all his efforts that he labors at under the sun?” and then stated, “There is no remembrance of those who came before; and of those who will come after there will also be no remembrance by those who follow them” (Ecclesiastes 1:3, 11). But if we seek Him and rest in His work for us, instead of laboring under the sun without Him, He gives meaning and significance to all.

He has conquered the grave.

The grave is fierce, but He has conquered it. Death is strong, but He is stronger. For those of us who are His, we will live, even though we die (John 11:25). Because He conquered the grave, we grieve, but not as ones without hope.