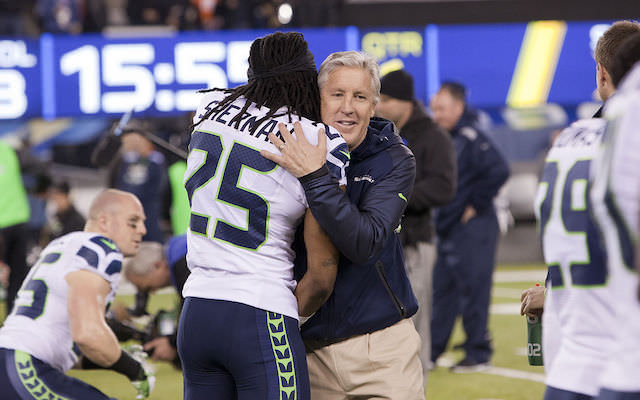 During the fourth quarter of the Super Bowl, some were speculating if Pete Carroll should be considered one of the greatest coaches of all time. He won multiple championships coaching at USC and was on his way to winning his second straight Super Bowl, a feat many deem almost impossible in the days of free agency. Fans and sportscasters were declaring him a genius, a master culture builder, an expert team builder, and a “player’s coach” who knows how to pull the best out of his team.

Then with his team on the one-yard line, down four points, with 26 seconds left on the clock—his team called a pass play. With a timeout remaining. With the league’s top running back in the backfield. And, as you likely know, the pass was intercepted and the team Carroll coaches lost the game.

Immediately people declared the decision to pass—with over-the-top hyperbolic language—“the worst call in Super Bowl history,” and the point at which Pete Carroll became “an idiot.” In the span of a minute Carroll went from being lauded with praise to being lamented with criticism. In a matter of moments, he moved from being applauded as a genius to being called an idiot.

Leaders carry a constant burden. Just look at pictures of presidents before they enter office and pictures when they leave office. The burden is great and takes its toll. Leaders carry the weight of the team, the group, the department, or the ministry they steward. You don’t really ever clock out of being a leader, as you own the responsibility at all times. It is fascinating, for example, that when the apostle Paul recounted all the pain of his ministry, he ended a long list of persecution with “not to mention other things, there is the daily pressure on me: my care for all the churches” (2 Corinthians 11:28).

According to a post-game interview, Pete Carroll stood in front of a team he cares for and felt the weight of the team’s disappointment. Great leaders love the people they lead and serve. Dealing with pain is likely much easier for the leader who doesn’t love the people he/she serves.

Leaders live with the reality that their most recent actions/decisions disproportionately impact the perception of the totality of their work. In other words, one decision calls the whole body of a leader’s work into question. And this is often unjust and inaccurate. Pete Carroll is not an idiot. He is a proven and capable leader. He is a great coach. But he is a leader, and a leader is constantly in a position where decisions must be made. He made a call, what proved to be the wrong call, and now lives with the criticism of masses that have never been in the position to make such a call.

Leadership is challenging and often painful. It is not easy. Even on great days, not everyone is happy with your leadership. If you want to make everyone happy, don’t be a leader. Go sell ice cream.