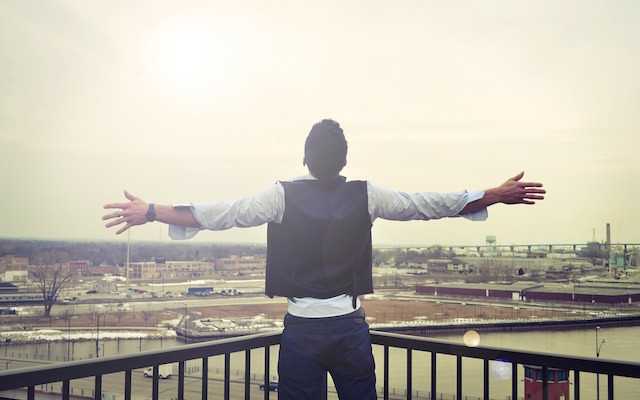 When we grasp the Lord’s holiness, we are broken for the sin in our own lives. When we turn our hearts to the Lord, we see the planks in our own eyes before the specks in everyone else’s.

A shift in the direction of the prophet Isaiah’s woes provides us a picture of what happens when our hearts turn to the Lord. In Isaiah 5, we see the prophet Isaiah faithfully preaching and pronouncing woes on people for a variety of sins:

Woe to those who add house to house and join field to field (v. 8).

Woe to those who rise early in the morning in pursuit of beer, who linger into the evening, inflamed by wine (v. 11).

Woe to those who are heroes at drinking wine, who are fearless at mixing beer, who acquit the guilty for a bribe and deprive the innocent of justice (vv. 22-23).

Obviously, Isaiah was fulfilling his role as God’s prophet in pronouncing these woes in Isaiah 5. He was a faithful prophet; not sinfully judging people, yet his vision of the Lord altered the direction of his woes. .

Woe is me for I am ruined because I am a man of unclean lips and live among a people of unclean lips, and because my eyes have seen the King, the Lord of Hosts (Isaiah 6:5).

Instead of crying, “Woe to you,” he declares, “Woe is me.” A fresh understanding of God’s holiness always leads to brokenness.