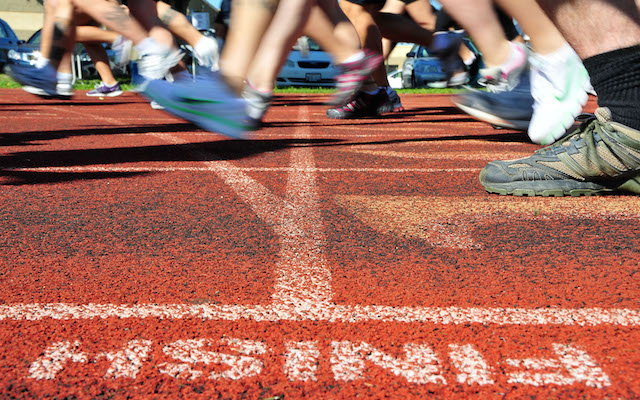 A great player on our team finished his time with us this week. Matt Capps, who served as The Gospel Project brand manager, is beginning his new ministry assignment as senior pastor of Fairview Baptist Church in Apex, NC. I told Matt when we hired him from a church staff position that I would give him a high-five when he left our team to go back to the local church. Matt finished his ministry with us very strongly, with great passion and concern even beyond his last official day with us. He finished well.

Many people do not finish their roles well. They don’t end strongly. They mentally check out. They spend time working on their new role instead of finishing their current one well. How you finish your job reveals a lot about your character. Here are three ways to finish well:

When speaking of your new role, your new assignment, don’t make it sound “better” than your current one. By doing so, you essentially insult those you have been working alongside for years. It is not better. It is different. The Lord placed you in your role for a season. And now He is placing you in a different role.

Matt told us months before he was leaving, even before he knew for sure he had the job, which allowed us to prayerfully and carefully search for his replacement. Matt even spearheaded that process. Communicating as soon as you sense you may be leaving honors those you serve alongside. It gives your leaders ample time to find your replacement. It shows that you value a seamless transition and care greatly about the team even beyond your departure.

In your final weeks offer more energy and time, not less. Be sure all your responsibilities are handed to others. Help the team transition. By doing so, you show those you have served alongside that this role meant much more to you than a paycheck. By doing so, you reveal your character.

How you leave a position is critical. When that time comes, leave well.