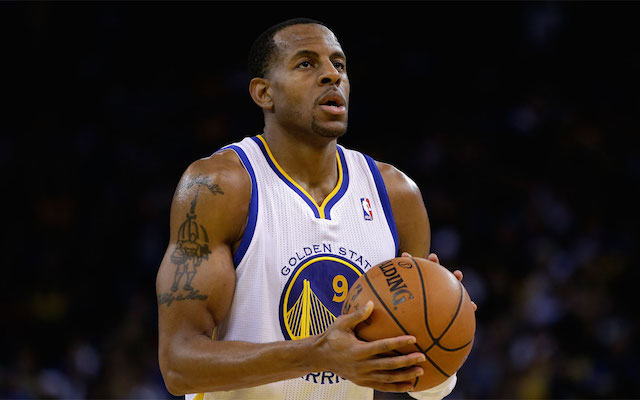 The Golden State Warriors were down 2-1 heading into Game 4 of the NBA Finals. Andre Iguodala had not started the entire season, but he started Game 4 and helped the Warriors to a blowout victory over Cleveland.

The Kid broached the idea of starting Iguodola at dinner, and his idea was initially met with mixed reviews. So he stayed up late into the night to validate his thinking. He watched game footage from last year’s NBA champion, the Spurs, to learn their mid-series adjustments. And at 3am he sent Steve Kerr, the head coach, a text message declaring his belief that the change in line-up would be best for the team. Steve Kerr talked through the decision with his staff over breakfast, they made the change, and the Warriors won by 21 points.

I call Nick U’Ren a young leader because he effectively “led up.” He was able to communicate with passion and logic a necessary change. Often we think of leadership solely in the people we oversee, but because leadership is influence, effective leaders lead upward to influence their leaders for the good.

Nearly 35 years ago, two Harvard professors, John Gabarro and John Kotter, published a seminal article titled “Managing Your Boss.” In the article, they wisely articulated that strong ties with your leader are best for you, your leader, and the organization.

Leaders do not have a shortage of people wanting to give them advice, so they likely listen to those who have established credibility. For your leader to listen to you, your leader must trust you and find you trustworthy. If you have not proven faithful in other areas of responsibility, do that first. Nick clearly has earned the opportunity to approach the head coach, to send text messages at 3am.

Most leaders don’t need more internal consultants, those who give ideas but are unwilling to execute them. Most leaders don’t want more internal counselors, those who offer advice but don’t put in the work to validate their counsel, those who are not deeply committed to the outcome of their ideas. Nick did not just offer the idea. He stayed up to 3am validating his belief that the team would benefit from a lineup change.

It takes courage to float an idea by your leader and even greater courage to make a stronger case the next time. Nick approached his leader, did more homework, and then approached him again.

Credibility mixed with commitment and courage will gain you an audience with your leader and allow you to lead up for the good of the team, the ministry, or the organization.