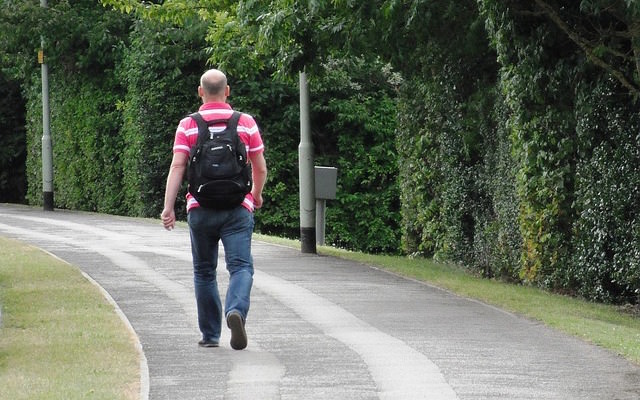 I recently had a chance to talk to Rick Howerton, our Small Group Specialist at LifeWay, about a serious struggle he is seeing in discipleship ministries all around the country and how LifeWay is trying to help. Here’s a look at our conversation:

Eric: You talk to hundreds of pastors and group leaders all over the country. What are some of the major trends you are seeing in discipleship right now?

Rick: One of the most consistent things I’m noticing with church leaders right now is confusion about discipleship effectiveness. When I’m with a group of pastors and the conversation turns to disciple-making, there always seems to be some debate over how to make disciples who make disciples. The primary disagreement flows from the number of people that an individual or group leader can disciple as well as the best setting in which discipleship takes place. Some say that only one on one discipleship is effective. Others are vehement that no one person can disciple more than a two or three. Still other people say that their small groups, when truly doing life together, are making disciples. And a lot of folks just aren’t sure. Understanding why these disagreements are occurring may be the best way to hone in on that trend.

Eric: Speak to that a little more, then. Do you have sense of what is driving this confusion?

Rick: In the minds of most experts there are two basic types of disciple-making environments. One is centered around a primary disciple-maker. The other centers around a community of disciples. The first approach is similar to what Jesus did. It is one person allowing a few people to walk alongside him or her. It means modeling what a disciple of Jesus should be, do, and teach. One person disciples a few.

Perhaps the confusion comes in feeling forced to choose one approach. In my opinion, both are important in the disciple-making process. Everyone who becomes a mature disciple and then makes disciples needs both a spiritual guide and a biblical Christian community in order to progress toward full spiritual maturity.

Eric: Where do you think these two different philosophies come from?

Rick: In short, both philosophies come from Scripture. Jesus definitely gave His time and life to a few.

Of course we also see in Acts 2:42-47 that new believers were simply getting together devoting themselves to the teaching of God’s Word, fellowship, celebration of the Lord’s supper, and prayer, “and the Lord added to their number daily those who were being saved.”

Eric: As someone who loves the Church, this all leads me to a pretty serious question, which is, are churches really making disciples in light of this confusion?

Rick: I do believe that many churches are confusing helping people make friends and connections to church life with guiding people and groups to make mature disciples. If church leaders are honest with themselves, many of their group ministries have the primary goal of connecting high percentages of weekend worshipers to a group. But, when this is the primary goal, churches can lower the bar of expectation so low that it’s difficult for people to become mature disciples of Jesus Christ.

Even though studies have shown that in order for someone to progress toward spiritual maturity they must be involved in the ongoing study of God’s Word, self denial, serving God and other people, sharing a verbal witness with unbelievers, and other important disciplines, many churches that claim to be making disciples are hesitant to even expect group members to read or do anything outside of the actual group gathering.

Eric: If that’s true, what is missing? What can a pastor, or church leader do to ensure that discipleship is really happening?

Rick: Those who want to lead disciple-making churches need to do a few essential things. First off, they need to be discipled. Many pastors have seminary degrees but they’ve never been mentored/lead/shaped in a personal, challenging way. Also, it is imperative that they talk about disciple-making from the pulpit and practice disciple-making with their staff, elders, deacons, small group leaders, etc…

The other essential is that each church utilize an intentional plan of discipleship with each generation of disciples. That is, once someone has been discipled using a particular method and set of studies, they then use that same intentional plan to disciple someone or a group of people themselves. When someone has been through the process of being discipled, they are much more apt to disciple someone else if they use the same path they were discipled with. They know how it works and they have stories to tell of their own journey.

That’s why I’m proud to say I got to be a part of putting together LifeWay’s new intentional plan for discipleship called, The Disciples Path.

We created the Disciples Path series with the help of disciple-makers for disciple-makers and it should give church and group leaders a practical, workable, intentional way to combat the confusion in their ministries.

Go to lifeway.com/disciplespath to learn more about this new intentional plan for discipleship. Whether you lean towards a community centered or a disciple-maker centered approach, the Disciples Path can help you in your mission of making disciples who make disciples.

Previous Post: « Three Questions to Ask as You Discern the Culture of Your New Church
Next Post: Three Reasons Leaders Must Constantly Say “No” »