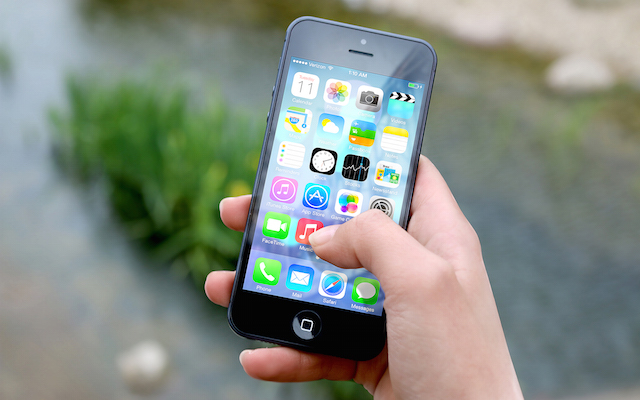 I was a pretty late adopter to the Twitter world. Friends and fellow staff members in Miami encouraged me to join, but I resisted. My early (and wrong) impression of Twitter was it was mainly people commenting on the awesomeness of their lunch, followed by the awesomeness of their dessert, followed by the song they listened to on the way back from lunch, followed by a complaint about how “overworked” they were. I even bought a shirt with this graphic and wore it a few times so folks would stop asking me to join.

Then I moved to Nashville to become one of the Vice Presidents at LifeWay. Dr. Rainer was already a really significant tweeter and blogger. He shared with me how all the social media helped him connect with people, forced him to create new content, and how he viewed tweeting and blogging as helpful in his ministry. He said, “You need to get on Twitter.” Since he is my boss, I decided to get on Twitter. I have thus been on Twitter (and at LifeWay) for four years. I am definitely not an expert, was a late-adopter, and until now have never written a post about social media. My boss was right. I have found Twitter to be a helpful tool in sharing content and connecting with people. But here are three things I wish people would not do:

A subtweet is a tweet directed at someone else, without actually using the person’s name, in front of everyone else. Here is an example…

Randy is in a staff meeting. He tweets as he leaves the meeting, “Most meetings are a waste of time.” If he tried that outside of Twitter, verbally as the meeting was ending, good people would call him out and say, “Bro. Don’t be a jerk.” But on Twitter he can pull it off because not everyone in the meeting is on Twitter, and if someone comments on the strange timing of the message, he can say, “What… I was thinking about something else.” In reality, he is a jerk or a coward or both.

Another common example is to clearly bash or attack someone without using the person’s name. If someone has offended you, sinned against you, Jesus tells us, “If your brother sins against you, go and rebuke him in private.” Social media, for the people of God, must not trump biblical principles of confrontation.

This is very similar. Someone wants to call out a company, and instead of tweeting directly to the company, the person adds a “.” in front of the twitter handle. Why would someone do that, one may ask? Simple—so EVERYONE can see you complain. It just shows how awesome you are; you have the boldness to call out someone in front of everyone. You are so the MAN!

By the way, you are not tweeting to an actual company but likely to the junior social media strategist who never created your problem and is feverishly working behind-the-scenes to solve as many as possible. If he clicks on your Twitter handle and sees in your bio that you “love Jesus, football, and ice-cream with your whole heart,” he may think that none of them actually impact how you treat people.

Am I saying not to use Twitter to communicate to a company? Absolutely not. I have multiple times, mainly through Direct Message, and found it better than waiting for an hour on hold. It is the putting of a “.” in front that says, “Not only am I mad, but I want to embarrass you and call you out because I think it will get me more attention.” It is Twitter’s version of a temper tantrum. I hope we Christians can do better here.

3. Retweeting a compliment… about yourself!

Imagine someone doing that outside of Twitter. Here is a scene…

You are at a dinner party with 40-50 people, and you hear Steve yell out, “Dawn just said my message was amazing! Thanks Dawn.” You think to yourself, “That was really odd,” but you let it pass and try to move on with the evening. But within twenty seconds, he does it again with a more spiritual tone: “Mark said my message was a GAME-CHANGER. All GLORY to God!”

If you retweet compliments of yourself, you really look like Steve… even if you add a “thanks” or a “praise the Lord.”

“Steve,” I just want to be sure you know that you can actually interact with someone who compliments you without retweeting the compliment and drawing more attention to yourself. For real! Twitter lets you respond to the person without letting all your followers know how awesome you think you are.

I am glad to be on Twitter. It would be an even better experience with less subtweets, “.” gripes, and compliment retweets.