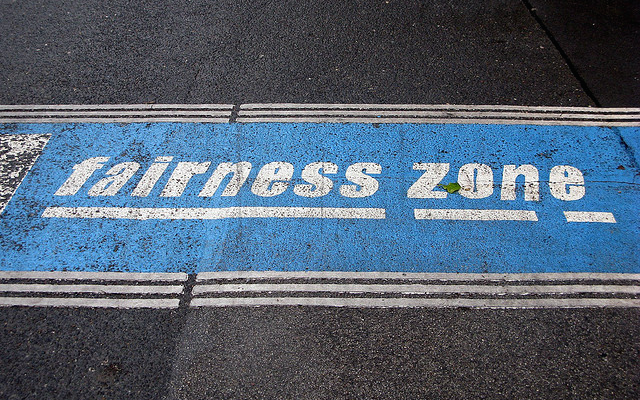 Should Phil Jackson (once head coach of the Chicago Bulls) have treated Michael Jordan (if you don’t know who he is, this illustration won’t make any sense) the same as the other players on the team?

Others reasoned, “No way! He is Michael Jordan!”

I remember hearing sports commentators debate the rightness and fairness of Phil Jackson’s admission that he led each of his players differently—that he treated Michael Jordan differently from another player on the team. Some cried foul, insisting that a coach is responsible to ensure equity. Others insisted that Phil Jackson was displaying wise leadership.

Ken Blanchard would have articulated Jackson’s approach as wise leadership. Blanchard is known for his model of “situational leadership.” He believes that great leaders adjust their leadership to the development level of the people they lead. In other words, it is not fair to lead everyone the same way because every person on the team is different and needs different leadership. Here are eight ways the people on your team are different:

God has wonderfully created each person unique, so every person is distinct and different from every other person. No two people on the team you lead are exactly alike, regardless if they score close to one another on a personality test. Direction you give will always be interpreted though the lens of the different personalities on the team.

The people on your team are in different roles with different focuses. Those roles vary from other roles with unique demands, deadlines, schedules, and priorities. Because the challenges and opportunities of the roles are different, it is unwise to treat each person the same.

God has gifted each person on your team differently. In terms of general skills, some are more gifted in innovation, some in administration, and some more gifted in communication. Even in broad disciplines (technology, sales, marketing, etc.), there are a plethora of skills, and team members vary in the skills in which they are most gifted.

Not only are the people on your team gifted differently, with different skill sets, but also they are at varying levels of competence within those skill sets. Some have mastered aspects of their roles, while others have much more growing to do.

Experience does not always equate with competence. But a person who has little experience in a role or applying a skill surely needs more coaching and hands-on leadership than someone who has been tested and proven over time.

Some on your team prefer to communicate and process information verbally, others prefer written communication where they can more carefully process and articulate. Some prefer drive-by meetings because “they are spontaneous and filled with great ideas,” while others view those as “disruptive to real work getting done.”

When you consider all of the variables, the people on your team are very different. To treat every person on your team the same dishonors them by ignoring the reality of their uniqueness. This is why Max Depree declared leadership to be an art (not a science), “Leadership is much more an art, a belief, a condition of the heart, than a set of things to do.” You must adjust your leadership to those you are leading. Not doing so is just bad leadership.

Previous Post: « Three Ways to Get the Most Out of a Leadership Book
Next Post: Five Types of Thinkers on Your Team »