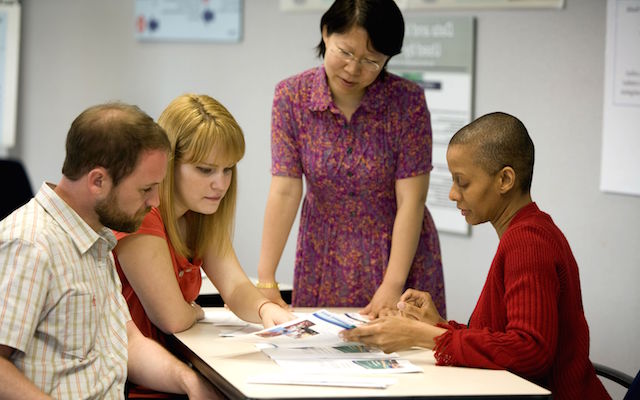 Conflict is going to happen. After sin entered the world through the disobedience of Adam and Eve, God told Eve that the relationship with her husband would no longer be perfect: “Your desire will be for your husband, yet he will rule over you” (Genesis 3:16). Scholars have pointed out that the same wording of desire and ruling is used in the following chapter to describe Cain’s relationship to sin (Genesis 4:7). So often conflict in our relationships with one another is the result of sin.

Many of the letters in the Bible, the epistles we learn so much about God from, were written because there was conflict in the churches. God redeemed the conflict by giving us great books in the Bible for our encouragement and growth.

Many a leader has said, “I just don’t like conflict.” But the longer conflict goes unaddressed, the worse it gets. Burying your head in the sand does not make the conflict go away. It only exasperates the pain and fallout when you finally pull your head out of the sand. A leader who ignores conflict is abdicating leadership responsibility. A leader who ignores conflict is being unloving to those he/she serves as the culture of the team disintegrates.

Without specificity in a confrontation, it is improbable the person can adjust. When addressing conflict, being vague with statements like “I just sense something is off” or “I am uncomfortable about the vibe I am feeling” harms more than helps. A lack of clarity in confrontation is crushing. A person being confronted without clarity is likely to trust the team less, and the lack of trust will only create more relational strife.

Relational and team conflict should first be addressed between those involved in the conflict. When leaders unnecessarily involve others in an issue that could be easily handled, the residue of the conflict can remain in the minds of others long after resolution has occurred between those who were at odds with one another. (I am referring to relational conflict, not issues that should be brought to light for broad exposure.)

4. Not distinguishing between sin and style

Confronting someone for habitual sin that results in conflict (dishonesty, divisive attitude, gossip, etc.) should be handled differently than confronting someone for a leadership style that is out of sync with the context or a lack of competence that is causing strife. People who don’t match the culture of a team or who lack competence in their role should not be confronted as if they are in sin. While the issues must be addressed, their character and integrity should be affirmed in the midst of the process. At the same time, people who cause conflict because of their sin should be confronted for their sin. They should be lovingly challenged to repent for their own sake and for the sake of the teams they will serve on in the future.

Ultimately, unhealthy conflict among leaders impacts the people the leaders are seeking to serve. Conflict will always exist while we live this side of eternity. Wise leaders recognize this reality and seek to handle it with wisdom and compassion.