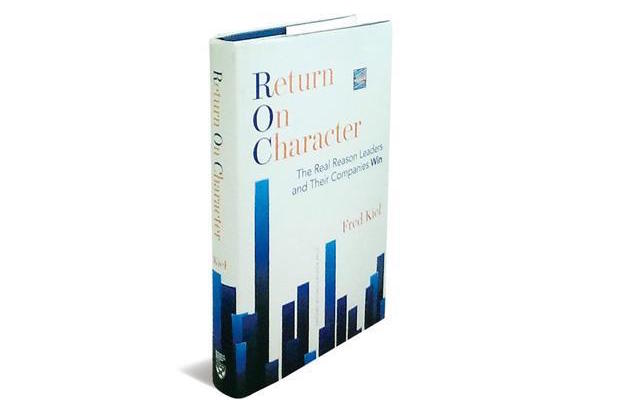 People long for their leaders to be men and women of character, to be people of integrity. Researchers and leadership authors continually contend that the best leaders are those who love and care for those they lead. But does character impact results? Is there a return on character? People often measure ROI (return on investment), but is there a ROC (return on character)?

Dr. Fred Kiel invested seven years researching that question. He is the founder and principal of the consulting firm KRW International. The results of his research are found in his recent book, Return on Character, which I recommend reading. The research and books reveals that better performing companies are led by leaders who are seen as being filled with integrity, responsibility, compassion, and forgiveness.

Dr. Kiel was very gracious to spend some time with me for a phone interview recently. I greatly enjoyed learning from him. He oozes wisdom, experience, and offers some incredible insights. Here are my questions and his responses.

Eric Geiger: Your research shows that there is a real return (based on company performance metrics) on character. Were you surprised by the results of the research or did it confirm what you had already observed in your consulting?

EG: There seems to be a longing for character in our culture. What do you believe is causing the longing for it?

FK: The transparency in our culture (referring to the difficulty to keep things secret) has showed us everything from failure to abuse. We now live in a “show me” culture where people want the truth and insist on working for people who give them the truth.

EG: You classify forgiveness as one critical aspect of character. How should leaders reconcile the need to forgive with also holding people accountable for results?

FK: These are not incompatible at all. A great leader sets goals based on vision, brings talented people to the table, and treats people well. Part of treating people well includes offering forgiveness. Without forgiveness in a culture, you won’t have innovation. Forgiveness is connected to innovation. The payoff for unforgiveness is you put great talent into neutral.

EG: We know character and competence are both important, but there is always the temptation to value competence more. When building a team, what is the danger in valuing competence over character?

EG: With the emphasis on character, thanks to great research and work like yours, is there a danger that people will pursue character/integrity simply for the impact it makes and not because it is the right thing? If so, is this really “character”

FK: No, it is not really character if the motivation is only about results. And you can’t fake it. The only way to improve character is if the desire gets into your heart.

If you’re interested in reading more about this topic, check out Dr. Kiel’s book, Return on Character.