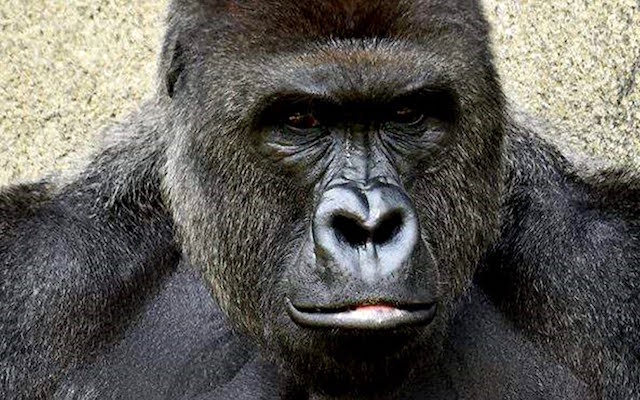 When Kaye and I were in our mid-twenties and living in Cincinnati, we spent the night at the zoo with her 5th grade class. Kaye taught Math and Science, and the zoo allowed her class to sleep in front of the manatees in their aquarium. The folks were kind and gracious and valued the kids and their learning. They spoke with knowledge and affection about the animals they introduced the kids to.

Last week, the Cincinnati Zoo drew lots of media attention for the decision to kill a gorilla. A toddler boy went under a rail, through wires, and over a moat wall to get into the enclosure where a 450-pound gorilla, named Harambe, lived. Harambe never attacked the boy; some have even pointed out that he appeared to be protecting the boy. But Harambe, because he was 450 pounds and massively strong, dragged the boy through the water like a child pulls a small doll. As a father of young kids, the video an onlooker captured is terrifying to watch. The boy was clearly at the mercy of an animal that could easily, and even unintentionally, have harmed him greatly. A tranquilizing shot was deemed too risky because of how the gorilla would have responded before the tranquilizer took effect. So zoo officials made the choice to kill the gorilla that had been a critical part of the zoo for many years.

There has been outrage around the incident. Some have been critical of the zoo’s decision. Over 100,000 people signed a petition that the parents of the child should be prosecuted for the death of Harambe.

The incident reminds us that our decisions reveal what we really value. When two values collide, one value must win. The value you hold to the tightest is revealed in the midst of difficult decisions.

Cincinnati Zoo officials value both the animals and the people who come to their zoo. Both people and animals are clearly important if you are going to operate a zoo. Often those two values do not collide. The animals are named, fed, and cared for. People are welcomed to the zoo and given the opportunity to learn about animals. But when the collision of those two values happened, it was obvious that safety of people trumps the life of the animals for the leaders of Cincinnati’s zoo.

Leaders are constantly confronted with the choice over what value is most important. Leaders’ decisions, not their rhetoric, reveal what is really most important.

Because the zoo officials acted so swiftly and decisively, I assume wise leaders led that discussion at some point. Employees knew that, for them, people are more important than animals.

I was grateful for the zoo when we spent the night at Cincinnati Zoo. I am even more grateful now knowing that Kaye’s class was placed in the hands of a culture that views human life as more important than the lives of animals.