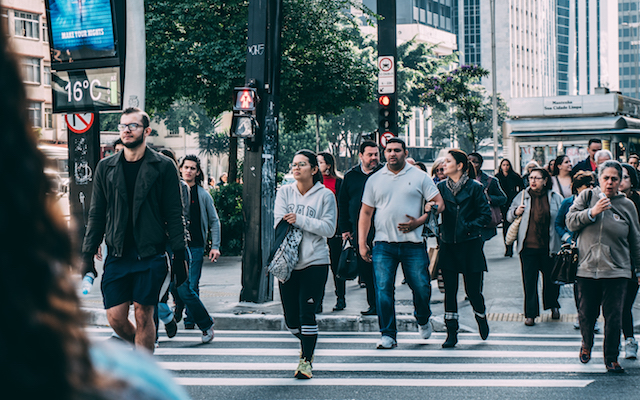 In Unfolded, the men’s Bible study I was honored to write, we walk through the Story of the Bible in eight weeks. Each week there are daily devotions, along the storyline of Scripture, that dive into different passages. Here is one of the devotions from week seven.

Persecution of Christians was very intense during the early days of the Christian faith. When Rome burned to the ground, some believed the Roman emperor Nero had lit fire to his own city so he could launch new building projects. Nero needed someone to blame, and he chose the Christians. So Christians were blamed with the fire that struck Rome, and the persecution escalated. Christians were dispersed throughout “Pontus, Galatia, Cappadocia, Asia, and Bithynia” (1 Peter 1:1) and wondered how to live while surrounded by disdain in a world that is not really home. The apostle Peter reminded them of who they were, of their great identity as followers of Christ. His words are true of all who belong to Christ.

As you read 1 Peter 2:9-12, notices the phrases that describe our identity:

But you are a chosen people, a royal priesthood, a holy nation, a people for His possession, so that you may proclaim the praises of the One who called you out of darkness into His marvelous light. Once you were not a people, but now you are God’s people; you had not received mercy, but now you have received mercy. Dear friends, I urge you as strangers and temporary residents to abstain from fleshly desires that war against you. Conduct yourselves honorably among the Gentiles, so that in a case where they speak against you as those who do what is evil, they will, by observing your good works, glorify God on the day of visitation. (1 Peter 2:9-12)

When God instituted the tabernacle system, only the high priest was allowed to enter the most holy place and be in the presence of God. But now we are royal priests. Christ’s death opened a new and living way for us to enter into God’s presence anytime, anywhere. As royal priests, we should enjoy His presence.

People for His possession

Peter reminded believers that the reason we often feel like we don’t fit in this world is because we don’t. This world is no longer our home, so we are to abstain from indulging in the sinfulness of this fallen world.

In these verses, Peter uses the phrase “so that” twice. We have been given this great identity so that:

God gave us a great identity so we can proclaim His praises to the world.