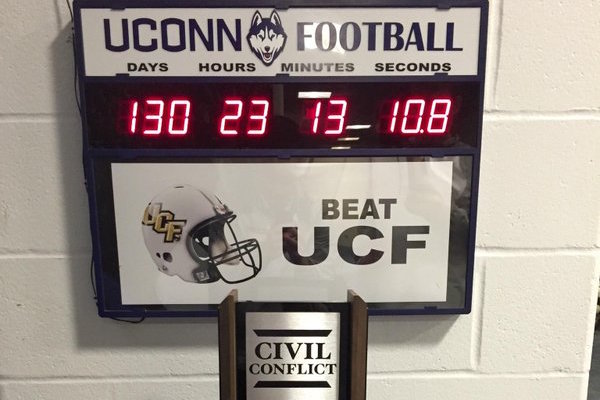 The head coach of UConn’s football team attempted to declare a rivalry against University of Central Florida and named it the “Civil ConFLiCT” (notice the FL and CT are capitalized for Florida and Connecticut). The two teams play in the AAC conference, with UConn playing in the North and UCF playing in the South (thus North versus South, as in Civil War). Though a trophy was made, the rivalry game never took root. The UCF coaches were actually unaware that this was supposed to be a rivalry. The UCF cheerleaders even made fun of the attempt. 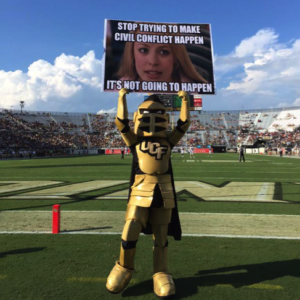 So when UCF beat UConn in the fall of 2016, they actually left the football trophy on the field. They did not even bother to pick it up. It did not matter to them. At all.

1. Battling to make everyone happy

If you attempt to make everyone happy, you will fail and simultaneously drive yourself insane. It is a futile attempt.

3. Battling to preserve the past

The past should be celebrated, and important and healthy values should be carried over to today, but the past cannot be preserved. Because the context is continually changing, battles to preserve the past exactly as the past is remembered are bad stewardship of time and energy.

Some trophies should just be left on the field.

Previous Post: « 100 Points in a Game and a Leader’s Willingness to Look Foolish
Next Post: Why Board Games Are Back and What It Means for the Church »