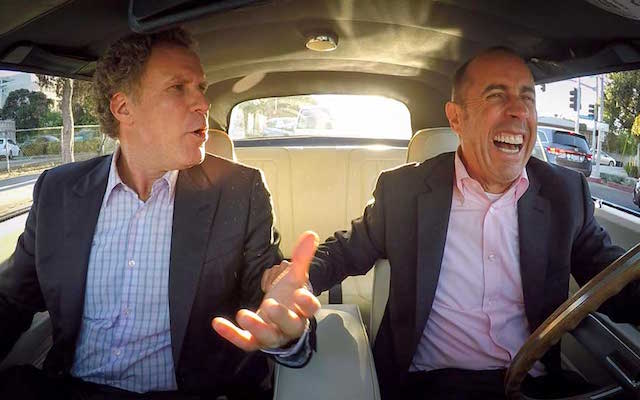 I recently listened to Daniel McGinn’s interview with Jerry Seinfeld on the HBR Ideacast (also published in the January/February issue of Harvard Business Review). In the interview, Jerry Seinfeld talked about how nine years was a magical number in terms of the length of the wildly popular Seinfeld show. He did not want to lose the sense of magic around the show, so he opted for ending it rather than continuing, though lucrative contracts awaited. He loved the Beatles growing up and noted how they were together for nine years and “there was something about that single digit number.” It was a fun and fascinating listen. One portion of the interview is particularly funny and insightful.

McGinn: You and Larry David wrote Seinfeld together, without a traditional writers’ room, and burnout was one reason you stopped. Was there a more sustainable way to do it? Could McKinsey or someone have helped you find a better model?

Seinfeld: Are they funny?

Seinfeld: Then I don’t need them. If you’re efficient, you’re doing it the wrong way. The right way is the hard way. The show was successful because I micromanaged it—every word, every line, every take, every edit, every casting.

Here are 3 reminders about leadership from this brief interaction:

1. Effectiveness and efficiency are not the same thing.

We can become very efficient at things that matter very little. Jerry Seinfeld cared more about the magic of the show than the efficiency of the process. While one does not need to be inefficient to be effective, effectiveness must be guarded more than efficiency.

2. Wise leaders choose carefully who they listen to.

This is not a knock on McKinsey, one of the world’s most respected consulting firms. But Jerry Seinfeld had no idea who they were and would not view them as helpful because they don’t know or understand his craft.

3. Micromanagement is hard to sustain.

Jerry Seinfeld is not the only artist or creator who is a self-confessed micromanager. His attention to detail is partly what makes him so great. But micromanagement is hard to sustain for long periods of time (one of the reasons the show ended after nine seasons). Creating and leading are different, but if you want to lead others in a sustainable fashion, you must not be a micromanager.