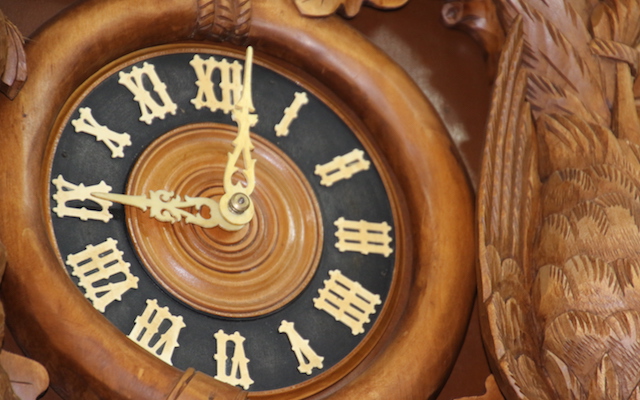 You have likely seen a cuckoo clock. Every hour a wooden bird emerges and cuckoos to signify a new hour has begun. The bird then quickly retreats to his home and remains unseen until he emerges once again to announce a new time. Some leaders attempt to lead in such a fashion. They emerge at predictable times, bark out some new commands, and then retreat back to their isolated chambers. Here are three reasons such leadership is ridiculous:

When a leader lives in isolation, the leader reveals that people are not valued but merely used. One cannot be an effective leader without knowing and caring for the people on the team and the people the team is designed to serve. Leadership is about people more than it is about whiteboards and whitepapers. Whiteboards and whitepapers are merely tools to align and engage people, but they are not what leadership is ultimately about.

Cuckoo clock leadership removes reality from the leader’s perspective, so execution and strategic direction are divorced from one another. An isolated leader inevitably and wrongly divides strategy and execution. The leader feels that announcing new direction is sufficient, but because the leader retreats back into isolation, the leader never experiences the challenges and joys of seeing the direction executed. Thus, each time an isolated leader announces a new direction, it is likely to be more and more removed from reality. And less and less heard.

3. Cuckoo leadership demands to be served instead of serving.

In 1977, a seminal leadership book was published that dramatically changed how people in the business world viewed leadership. Robert Greenleaf wrote the book Servant Leadership, and people were surprisingly told that the best leaders are servants, not those who insist people serve them. Of course, Christians were not surprised by the “landmark finding,” as embracing the identity of a servant is deeply ingrained in the Christian faith. We are Christian because Christ served us. A cuckoo leader, however, emerges every now and again to be served instead of serving others.

Don’t be a cuckoo leader because it is ridiculous leadership.