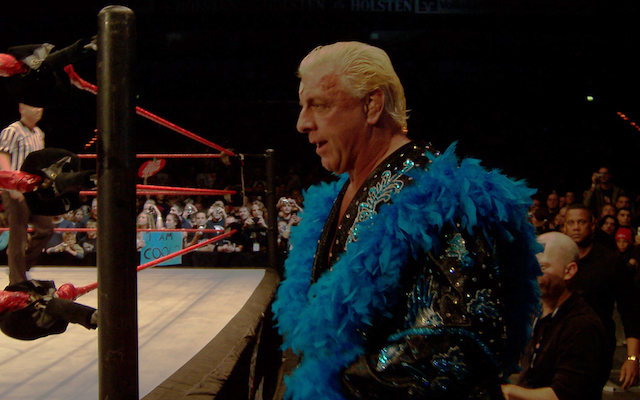 I was not a big wrestling fan growing up as a kid in the 80s, but on occasion, I would watch with some friends. I remember a few times, in elementary school, watching pay-per-view matches with friends and pretending to be Hulk Hogan in front-yard wrestling matches. One of the most popular wrestlers was Ric Flair, known as Nature Boy. Nature Boy is also the name of a recent ESPN documentary recounting Ric Flair’s career. Hogan, in the documentary, said Flair was ten times better than him.

The documentary is excellent but also very sad. I am thankful for Flair’s honesty, which can serve as a reminder to fathers (myself included) as to what is really important.

Flair was the Nature Boy in every sense of the word. More than a stage name, Ric Flair lived as the Nature Boy. As a boy and for the natural. He lived as a boy who was not committed to father his family. And he lived for things here and now and not for the eternal or for the significant. Wrestling was his obsession, which meant being a loving husband and father was not a priority. He was unfaithful to his wife and absent from his kids.

Megan, his oldest daughter, reflected on Flair as father: “Most of the time I would get things from my dad instead of time. He would bring me back like 16 to 20 Cabbage Patch Kids at a time. He would say, ‘I’m gonna come to your basketball game next Friday,’ and he wouldn’t come. Things like that. So—and yeah, as a kid, it’s disappointing.”

Flair knows he was not a great father, and he owns it. When asked how he wants to be remembered, he responded: “It’s easy to say you want to be thought of as the best father that ever lived, but I wasn’t. And I certainly wasn’t the best husband. So I guess I’ll just have to settle for wanting to be thought of as the greatest wrestler and the most entertaining wrestler that ever lived.”

That was the best line and it is true. Ric Flair is right. Being great at your career without being a great husband and father is settling.