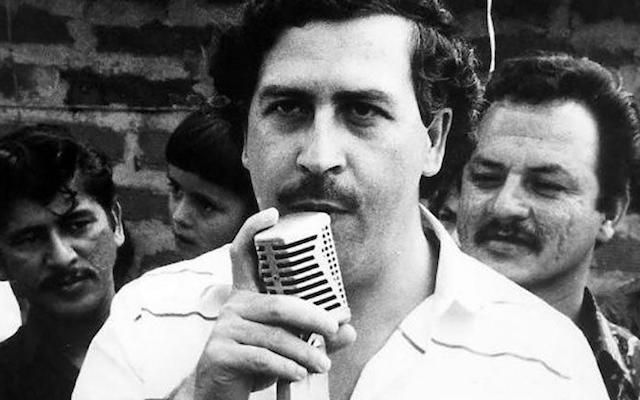 With the Netflix drama Narcos, there is a resurgence in interest around Pablo Escobar. The Discovery Channel just released Discovering Escobar’s Millions, which tracks two guys searching for the buried money of Pablo Escobar, who reportedly buried millions of dollars. Escobar was one of the world’s richest men as he made nearly 22 billion dollars per year selling cocaine. Based on all accounts, Escobar was a shrewd and ruthless criminal, ordering the murder not only of his criminal enemies but also police and politicians. But he was also known for being a loving father. He was very affectionate and encouraging to his son and daughter, sang to his son every night, and reportedly once burned two million dollars in cash to keep his daughter warm at night while she was sick.

I read Pablo Escobar, My Father on vacation. It was written by his son, Sebastian Marroquin, and gives a glimpse into the dichotomy of Escobar—loving dad and ruthless criminal. His son changed his name after fleeing Colombia for his own safety and protection. Marroquin ends the book with this phrase: “To my father, who showed me what path not to take.”

What a sobering statement. The amount of riches showered on his kids could not make up for the poor example he set. The loving words he offered them could not eliminate the pain he created.

Affection for our kids is not enough. Providing for them financially is insufficient. They need our example too.

To Christian fathers living in Ephesus, the apostle Paul wrote these words, “Fathers, don’t stir up anger in your children, but bring them up in the training and instruction of the Lord” (Ephesians 6:4).

Christian dads, we must live in such a way in the presence of our children that they say of us, “He showed me the path to take, the narrow road that leads to life.”

Previous Post: « 3 Practical Ways to Crush Meetings without Crushing the People in Them
Next Post: “Saturday Night Specials” Versus When Pastors Really Prepare »