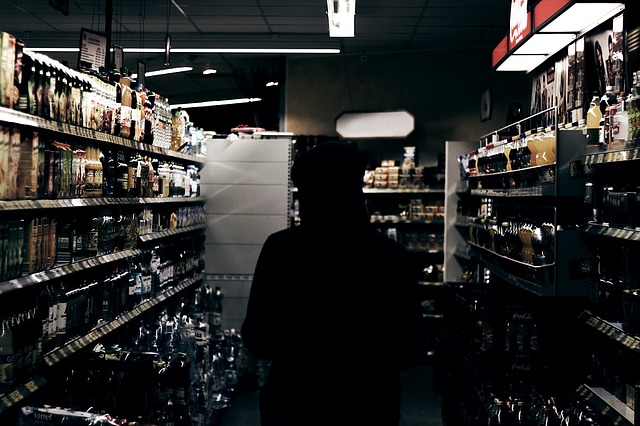 I have spoken and talked a lot of character implosions over the last year. Leaders in ministry and leaders in the marketplace seem to be imploding at epidemic levels. Some suggest it has always been this way, that we are merely more aware because of our social media feeds and highly connected world. Regardless, people ruining their lives through their foolish decisions occurs far too frequently.

None of us are above falling. All of us are frail. The apostle Paul warned, “Whoever thinks he stands must be careful not to fall” (1 Corinthians 10:12).

I know what it feels like to fall miserably and painfully. The summer before my senior year in high school, I was arrested and charged with multiple felonies. One night a couple of friends and I foolishly broke into vehicles, stole credit cards, and drove throughout New Orleans buying beer and other things on the cash and credit cards we stole. We were arrested and charged with eleven felonies. The news hit the paper and the shame and guilt quickly consumed me. In God’s mercy, the night that was the worst night of my life was what He used to crush me and bring me to Himself. Here are four things I learned:

1. The fallout of an implosion hurts other people.

The night that changed the trajectory of my life was not only painful for me. My parents had to answer questions at work and among friends. When my little brother started high school the next year, several teachers asked if he were “that Eric Geiger’s brother.” When someone implodes, the collateral damage is very real. Churches and families and friends are deeply impacted.

2. Earthly consequences remain even after forgiveness has been received.

I stayed home the entire summer of 1993. And sometime that summer, while reading the Bible and being desperate for a new life and hungry for forgiveness, the Lord saved me. I was forgiven! Yet consequences still remained. I was told I could not attend Boys State (I had been selected alongside some other juniors in my class). I was asked to step down as one of the key leaders of Fellowship of Christian Athletes. Those were the right decisions, but they painfully taught me that earthly consequences remain even after forgiveness has been obtained through the Lord’s gracious offer.

3. God uses implosions to crumble us before Him.

When someone ruins his or her life, it is often the greatest thing the Lord could allow. The implosion alerts us to our foolishness, gives us a picture of our sinfulness, and provides a humbling that can lead to longing for Christ and His grace. Some waste their implosion and harden their hearts toward the Lord. Others seize it as the opportunity to throw themselves on the grace of God.

4. God’s grace is greater than all our sin.

Richard Sibbes wrote, “There is more mercy in Christ than sin in us.” I did not know that quote my senior year in high school, but I sure found it to be true. A few months after I was arrested, during the singing time at the Baptist church I grew up in, I walked to the pastor and asked him if I could ask the church to forgive me for failing to live as a Christian and for embarrassing our collective community of believers. I stood in front of the people, voice cracking, and asked for their forgiveness. And they sure offered it. Their tears and hugs were overwhelming and a tangible expression of God’s mercy given to me. It has been almost 25 years since that moment, but it still marks me today.

Previous Post: « Links for Leaders 2/9/18
Next Post: When Workload on Your Team Increases, You Must Do This »