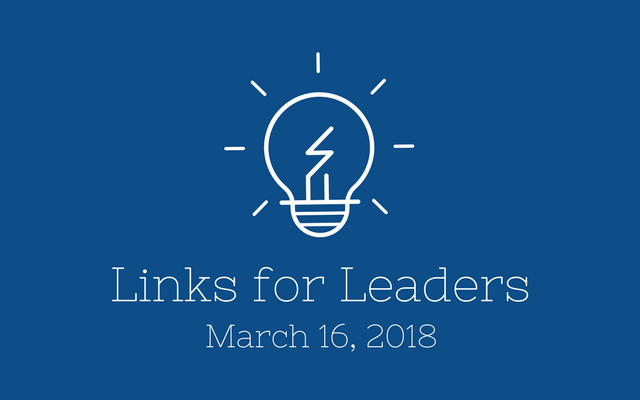 10 Markers of the Best Spiritual Leaders I Know—Chuck Lawless

Some folks are deeply spiritual, but not the best leaders. Others are strong leaders, but their actions deny their professed Christianity. To be honest, it’s not always easy to find folks who are both deeply spiritual and strong leaders. Here are some markers of those I’ve known who do indeed show both characteristics.

They pray a lot. These are men whose hearts are bent toward God, and their knees are worn out in prayer. Their confidence in God is palpable.

They recognize the reality of the spiritual war. They respect the enemy’s power without ever forgetting they’re following the Conqueror.

John Maxwell is famous for saying, “Leadership is influence; nothing more and nothing less.” I would tend to agree, and you likely would too. The problem is that a lot of us don’t know how to build influence, especially when we’re new to a team.

Stephen Covey developed the Pyramid of Influence. Covey said the most important thing is what people see, the bottom layer of the pyramid. You need to model what you want done. You must align yourself with the purpose and ensure that what you’re doing aligns with where the team is going because actions speak louder than words.

Despite all your meetings, emails and phone calls, you wonder if you’ve made any substantial progress on the things that actually matter.

Maybe you lead meetings with your staff week after week, but you haven’t gained momentum in months. Instead, you’re checking off a task list and your staff feels more uninterested than ever before. In fact, it’s not just you that feels stuck; everybody you’re leading feels stuck!

At some point, Chick-fil-A leadership made a decision that saying “My pleasure” was a kind and unique response to “Thank you.” It was repeated over and over again. Excellence on every level is expected. If getting your lunch excellently is important, why wouldn’t we make ministry that has eternal significance just as significant? Repeating the values to your ministry team and those involved helps create a culture of excellence and a culture that cares. Here are three ways you can develop the habit of being a leader who is a repeater.

10 of My Biggest Leadership Mistakes—Ron Edmondson

Ignoring my gut, because the crowd was excited.

We were going to launch a capital campaign. We knew we needed to do it at some point. Everyone was excited, or so they seemed. The momentum was high, but something inside of me said wait. When I began to get nervous about moving forward and went back to the excited crowd, and asked them to pray again, it was unanimous. They didn’t think the timing was right. We were moving forward in emotion, but not under God’s direction. I learned this one the hard way. Other times I’ve not been as sensitive to my gut or the Spirit’s leading.

Video of the Week: The Biggest Hindrance of Leadership Development

Podcast of the Week

5LQ Episode 234: How to Lead a Guest Service Team

Previous Post: « New Research, Culture, and Systems on How Churches Welcome Guests
Next Post: 5 Steps to Launching a Bible Study for Kids Before (or After) School »