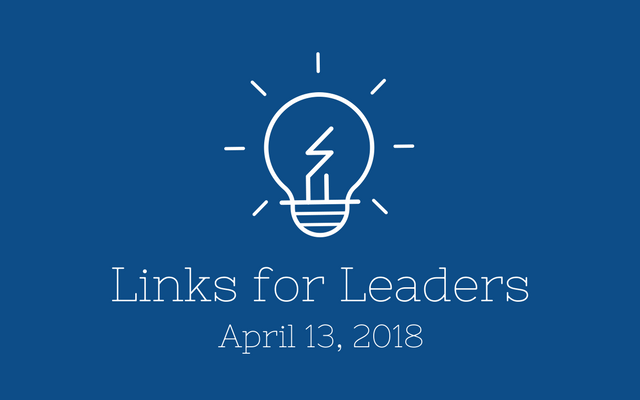 Why Email Is So Stressful, Even Though It’s Not That Time-Consuming—Dorie Clark

Each “yes” leads to more work. Saying no is a challenge for any professional: you don’t want to disappoint people, and any given opportunity may lead to positive outcomes. But analyzing the emails I received taught me an important lesson about why it’s essential to exercise stringent judgment: each “yes” leads to a cascade of (typically unforeseen) work. Over the two-week period, I received 64 messages related to media interviews, podcasts, and webinars I had agreed to. A small number of these were the initial invitation — far more were reminder notes, requests for headshots or images of my latest book, and sometimes links to elaborate forms (one had 24 questions!) to fill out in advance of the interview.

Is Comparison Affecting Your Leadership?—Kelly King

Comparison can rear its ugly head at any given moment—even as quickly as looking at your social media feed. But, more importantly, comparison can affect your ministry leadership. It’s easy to see what other churches are accomplishing and think less of your own achievements. It’s easy to compare budgets and be discouraged. It’s easy to see that someone else’s Bible study attracts 100 women when you struggle to get 10.

Internally, some of your people will long for the good old days when things were simpler, when everyone knew everyone, and when they felt more important than they do in a bigger organization.

Externally, some of your colleagues will criticize you, taking shots at your new growth and questioning whether you’ve sold out, compromised or taken shortcuts. You know what’s underneath 99% of the criticism? Jealousy.

We are a community of image-bearers, each uniquely gifted and tasked to reflect something particular of God. Curiosity is how we do this.

God is an eternal, infinite being with a nature and characteristics we can never emulate, but our reflection of God is not passive. Our echoing is not inactive. We do not echo like a canyon wall, still and static while noise bounces off of us. We echo like town criers, taking up the message and passing it along clearly and loudly. We reflect on purpose, with intention, by taking action.

A commitment to macromanagement says you will start small, giving instruction and feedback, but you know that eventually, you will push decision-making authority down and out. There may be seasons where you have to rein in that authority because the stakes are higher, but you still push out.

Video of the Week: 3 Phrases Smart People Should Stop Saying

Podcast of the Week

5LQ Episode 242: How to Ruin Your Life with Eric Geiger