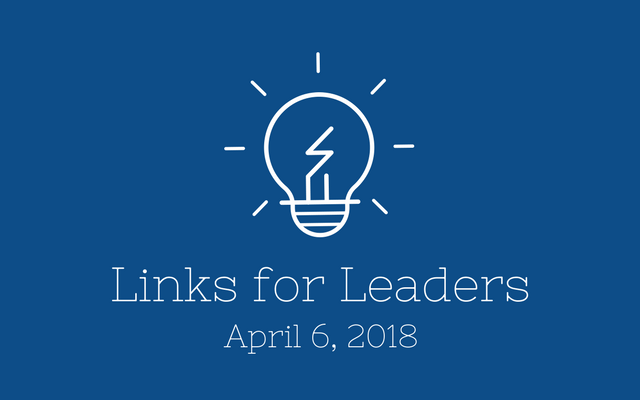 Specificity is the key to unlock effective communication. The problem: Finding the right balance can be tricky. Too few specifics can mean sacrificing clarity, while too many can be seen as condescending. If you lean towards over-explaining, instead of assuming the other person doesn’t know something, try going with, “You probably already know this, so if you do, stop me.”

In giving people a role, I’m inviting them into the first step of leadership. I’m not putting the full onus of apprenticeship on them. I’m giving them an opportunity to eventually become a leader themselves. What I’m also asking them to do and creating the expectation of is that they are also reaching out to the other people in our small group to reproduce themselves in their role as well. That is the democratization of development.

To be honest, I don’t know any leaders who don’t struggle at some point with ego. The problem is that ego is like a trickle of water—what starts out small erodes the surface a bit, grows in volume, and creates a problem before we ever recognize it happening. Here are some signs of a growing ego, to which we’re all susceptible (beginning with me. . .):

We quietly weave our achievements into conversations. We don’t want to make a show of ourselves, but we don’t want anyone to miss what we’ve done, either.

We tweet about our accomplishments. Even a tweet that starts out as thanksgiving to God can be a backhanded way to brag.

How to Clear the Toxic Culture in Your Church—Ryan Rice

How many of us have served or possibly currently serving in a church with a dysfunction or a toxic culture?  The toxic church culture can lead many faithful men to quit ministry or leave a church before they should. The sad reality is there are some churches that actually love the toxic culture they are steeped in. Toxic words that often float around these settings: “We have always done things that way,” “Why do we have to have those people join our church?” “If we change that paint color I am leaving the church,” “I won’t give another penny until they change back the pulpit to where I like it.”

You’ll never eliminate emergencies from your organization, nor should you. When a genuine crisis hits, the leader must be able to sound a genuine call to arms and “up” the level of urgency.

And for you, that really could be a crisis.

Video of the Week: How To Ruin Your Life

Previous Post: « 3 Warning Signs You Are Responding with Pride to a Leader’s Fall
Next Post: The Importance of Being “a Finisher” »