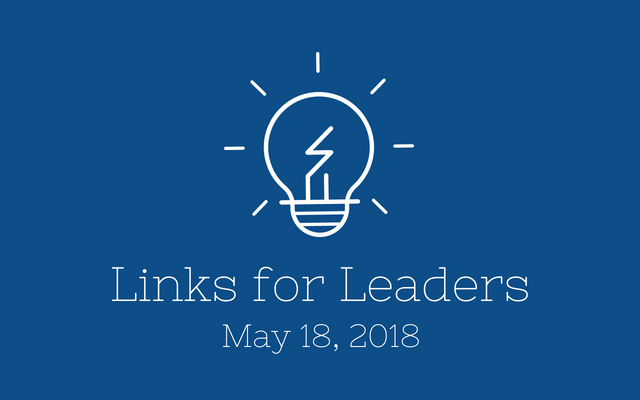 The people around you will catch on that you’re problem-avoiding. It’ll be like Maverick in the movie Top Gun when he wouldn’t re-engage in the dog fight (I always look for opportunities to point people to Top Gun) and people around him are screaming, “Engage, Maverick!” But even before others notice, it should begin with you noticing it with self-awareness and then self-governance. As a leader, you need to be aware if you’re mentally backing away from the work you’re supposed to be doing. If you’ve become ambivalent and lack energy for the work and the vision, you’re not necessarily wrong for feeling that way, but you’ll be wrong to not make changes.

Our culture has hoisted the notion of “busy” onto such a pedestal that many people have simply learned to mimic the “I’m so busy” mantra merely as a status symbol.

So keep your goals clear, your projects in-line and your teams on task.

You’ll not only be more productive, but you’ll save your credibility along the way.

How to Be a Peacemaker and Avoid Staff Conflict—Tim Gocha

Conflict is inevitable. In a fallen world, conflict can and will happen. I served as a Lead Pastor for many years; I will be the first to affirm that the phrase, “No perfect people allowed,” includes church staff, too – even Lead Pastors. So there will, from time to time, be some degree of conflict among staff. The Bible asks, “What causes fights and quarrels among you? Don’t they come from your desires that battle within you?” (James 4:1). So how can we, as Christians, deal with conflict?

What Good Stewardship Communicates About Your Leadership—Tony Morgan

Yes, even in the church, we occasionally see leaders who have normalized this behavior and clean it up by calling it “good stewardship.” Since when does God not give us enough resources to accomplish his Kingdom work well and with great effectiveness? There are trained, skilled, and gifted followers who are clipping coupons for God, instead of ministering the Word, evangelizing the lost, and discipling young believers. Plus, there isn’t a passage of Scripture to be found where the God of extravagant grace went cheap.

Assessment: Are You a Compassionate Leader?—Rasmus Hougaard, Jacqueline Carter, and Jason Beck

Compassion has become increasingly recognized as a foundational aspect of leadership. One study from 2012 found that compassionate leaders appear stronger and have more engaged followers. Other studies have found that organizations with more compassionate leaders have better collaboration, lower turnover, and employees who are more trusting, more connected to each other, and more committed to the company. When we surveyed more than 1,000 leaders from 800 organizations, 91% of them said compassion is very important for their leadership and 80% said they would like to enhance their compassion but do not know how.

Video of the Week: 5 Reasons Your Team Lacks Joy