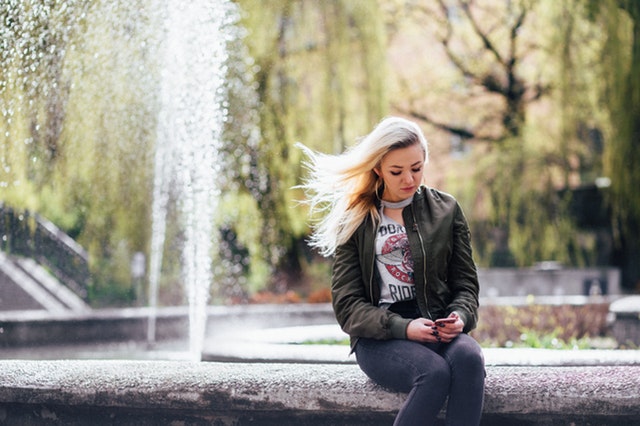 “Sometimes I feel like I’ve seen everything there is to see on the Internet.”

“Over time you get used to the feeling of scrolling and viewing people’s pics and posts and stories, and that makes you feel bored after a while.”

The above quotes appear in an article by Taylor Lorenz, where she builds the case that teenagers are already bored with the Internet. If we ever thought that boredom was simply the cause of not having something to do, something to look at, something to read, something to explore, or someone to connect with, surely we no longer think so. In the age of powerful computers in our hands connected to others all around the world, people are still plagued with boredom. With all our technology and all our new toys, we are still bored.

Blaise Pascal, the famous mathematician and theologian, wrote, “All of humanity’s problems stem from man’s inability to sit quietly in a room alone.” Pascal’s statement is an accurate indictment on humanity, on our hearts. We are bored creatures, always looking for something to satisfy us.

So where does boredom come from?

After scouring scientific research on boredom and interviewing hundreds of people about their own personal boredom, a group of psychologists concluded that boredom is much more than simply “not having anything to do.” Especially in our culture, as there is always something to occupy time. Rather, the psychologists concluded that boredom is “the unfulfilled desire for satisfying activity.” In other words, people are bored because the desire to be satisfied is unfulfilled. (*)

The desire to be satisfied won’t be filled by anything or anyone other than the Lord. So if we look to anything else but Him, we will remain bored.

We are perpetually bored and naturally restless unless we look to the One who never bores, to the only One who satisfies. Pascal’s quote surfaces the problem, and a quote from Augustine reminds us of the solution. Augustine wrote, “You have made us for Yourself, O Lord, and our heart is restless until it rests in You.” If our hearts rest in Him, we can sit in a room and rest. If our hearts do not rest in Him, we won’t rest anywhere and will be plagued with boredom. C.S. Lewis wrote, “If I find in myself a desire which no experience in this world can satisfy, the most probable explanation is that I was made for another world.”

We were made for much more than new toys and new technology and whatever else comes our way in the coming days. Those things will never alleviate our boredom.