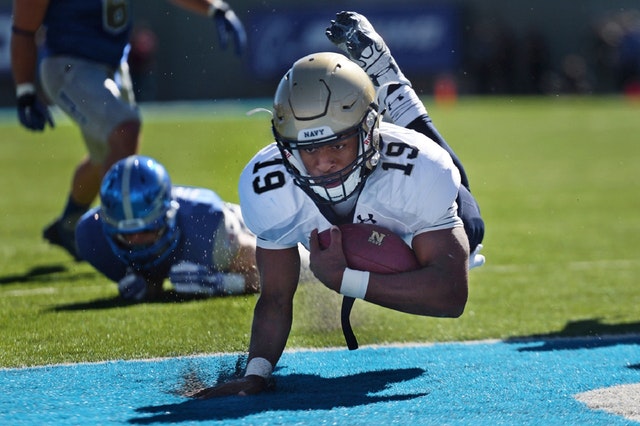 My little brother lived in Chicago for a few years, and Kaye and I loved to visit and still enjoy trips to Chicago. We went there for my 40th birthday, just the two of us. It is a great city, and a great sport’s town with deeply committed fans. But Chicago fans can notoriously be a bit cruel. If you disagree, google “Steve Bartman.” When the Philadelphia Eagles knocked the Bears out of the playoffs, mainly due to the awesomeneses of Eagle’s quarterback Nick Foles, but also because of a missed field goal by Bear’s kicker Cody Parkey – a field goal that was TIPPED by the defense – Bear’s fans were livid. Not only was Parkey booed loudly as he trotted off the field, but some fans were extremely hateful towards Parkey on social media.

Last Saturday, a week after the tipped (and missed) field goal, fans gathered to see if they could do better. One hundred of them attempted the same 43-yard field goal. And by “same,” I mean the same distance. There were not eleven defenders rushing toward the fans as they rushed toward Parkey with their arms extended. The fans had ample time to collect themselves and step into their kicks, unlike the speed of the moment surrounding Parkey. And the playoff game was not on the line. But, hey, that’s Parkey’s job some would say. Regardless, not one of the fans came even remotely close to making the field goal they destroyed Parkey for missing. Many failed so miserably that videos of their kicks were posted humorously online, like here.

1. The role is more difficult than armchair quarterbacks and armchair leaders realize.

The video of fans attempting Parkey’s field goal is awesome. Some approach the kick with confidence, believing they can actually pull it off, only to slip and fall miserably. It is so much easier to evaluate a role you are not in. Leading a team, a group, a ministry, or an organization is extremely challenging. There is constant internal pressure, lots of people you feel responsible for, and important aspects of the role that you must constantly manage.

2. There is context armchair quarterbacks and armchair leaders are unaware of.

Whenever we evaluate a quarterback or a kicker, we typically evaluate them without understanding the whole context. For example, fans roasted Parkey before they discovered the kick was actually tipped off course by a defender. People often judge a leader’s decisions or actions without full understanding of the context surrounding those decisions. If the context were known, the armchair leader would likely make the same call.

3. It is always easier to talk about something than to actually do something.

“It is not the critic who counts; not the man who points out how the strong man stumbles, or where the doer of deeds could have done them better. The credit belongs to the man who is actually in the arena, whose face is marred by dust and sweat and blood; who strives valiantly; who errs, who comes short again and again, because there is no effort without error and shortcoming; but who does actually strive to do the deeds; who knows great enthusiasms, the great devotions; who spends himself in a worthy cause; who at the best knows in the end the triumph of high achievement, and who at the worst, if he fails, at least fails while daring greatly, so that his place shall never be with those cold and timid souls who neither know victory nor defeat.”