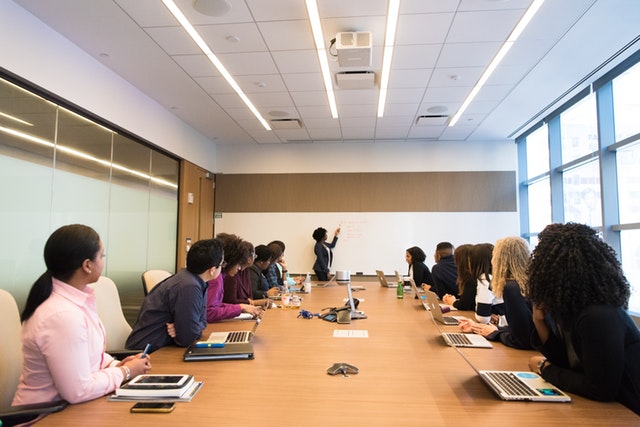 Over-quoting the leader is a common practice in organizational life. Here are some examples you have surely seen:

You are at a meeting at your kid’s school. A teacher stands up and says, “The district says we need to talk about this.” Or “our principal is asking us to talk about …” Immediately you get the impression that the teacher may not be on board with all that the teacher is about to say. You wonder if the team is really unified. If you are like me, you start to wonder if there is unhealth that is going to adversely impact your kid. Yes, I can go overboard.

It happens all the time, but why? There are at least four possible reasons:

1. Insecurity: They feel they need to borrow credibility.

2. Laziness: They don’t take time to communicate in their own voice.

Here is a common occurrence. A leader sends an important email to his or her direct reports. Instead of internalizing the message and rearticulating, the manager simply forwards the email to those he/she oversees. At best, this is laziness. Much better is to add commentary about why this message is important, how the message impacts this particular team, etc.

3. Dismissive: They don’t fully own the decision or direction.

In the above example about the teacher, the parent definitely gets the sense that the teacher is not on board with “the district.” The teacher may think this helps show independent thinking, but it actually backfires and causes the parents to lose confidence in the whole system. Putting decisions on “management,” “corporate,” “the leadership team,” or “they” lowers confidence in the message and the messenger. If someone on your team does this, it is likely they are not on board with the decision or the direction.

4. Speed: They feel they need someone else’s name to get things done.

Sometimes people over-quote the leader because they are frustrated and believe doing so is the only way to get something done in a reasonable amount of time. In this case, there is an overarching problem that needs to be addressed. If everyone waits for the leader to say “go,” the influence of the ministry or the organization is going to be greatly hampered.

Previous Post: « 4 Thoughts on Mission, Church, and Technology
Next Post: What Research Says About How Self-centeredness Grows in Us »