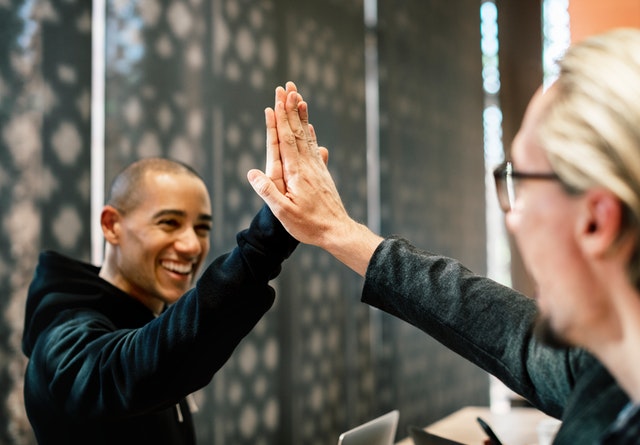 We are only eight months in to the transition at Mariners Church between Kenton Beshore (long-time senior pastor) and me (the new guy). But we are frequently receiving phone calls from churches that see succession from a long-time senior to a new leader in their not-so-distant future. The healthy relationship Kenton and I share is truly God’s grace to me, to our church, and I believe to Kenton as well. While ultimately the transition is the Lord’s work, there are practical lessons along the way. Here are eight things Kenton has done, and is doing, for me to make this transition as smooth as possible—eight ways to treat your successor:

Kenton cares about moments, moments that mark the transition. For example, my first elder retreat was Kenton’s last as senior pastor. He led the first session and I led the last. It was a marked moment that Kenton designed.

When I teach, Kenton is often there on the front row taking notes. He has been in my corner, not just verbally but with his presence. Often in leadership presence speaks louder than words.

There are times when Kenton is not around, which has helped me express my leadership, without wondering if this is a moment where I should pause and honor him. For example, the first time I spoke to our “shepherding elders” and their wives, Kenton did not come. We did not highlight that fact, but it helped communicate that it is now my turn to provide direction. How do we decide when presence or absence is best? We talk about it.

Kenton has served Mariners for nearly as long as I have been alive. So I am an idiot if I don’t listen to him, if I don’t ask questions about the history of our church. Leaders who don’t listen to those who went before them are foolish. Because church ministry offers its fair share of painful moments, not all the history is pleasant to recount. Thus sharing history and the lessons learned from it is a sacrifice.

6. With care for the family

Kenton and Laurie (his wife) have cared deeply for Kaye and our daughters. One of the best encouragements they gave early was to do everything we could to help our kids love being at the church – which included swimming in the lake at the church.

7. With encouragement to make changes

Several times I have called Kenton about a change I want to make, to get his perspective. They are not big changes, but changes nonetheless – things like a change in scheduling devotionals on a retreat. Kenton has said, “You should make that change” multiple times and has reminded me that if he were still leading “he would make changes too.” Many outgoing leaders like the idea of succession as long as everything stays the same, which is a clear indication the leader is not really ready for succession.

I have a TON of growing to do. Kenton has a ton of wisdom to offer. How can a predecessor provide wisdom without diminishing the successor’s credibility? This is likely one of the biggest challenges facing the predecessor. In regularly scheduled private meetings, Kenton uses that time well. He is there to give coaching, as I need it. And I do. He wants to help, sees ways he can help, but simultaneously wants to affirm. Conversations in private are the place for that.

For leaders considering a transition, a succession, I encourage you to evaluate if you are ready to offer these. My gut feeling is that some of the leaders who are telling Kenton they are ready to transition are not yet in the place where they can offer their successor what Kenton is offering me.

Previous Post: « Christian Leader: Remember, You Are a Child Before You Are a Boss
Next Post: Grave Clothes and the Importance of Community »