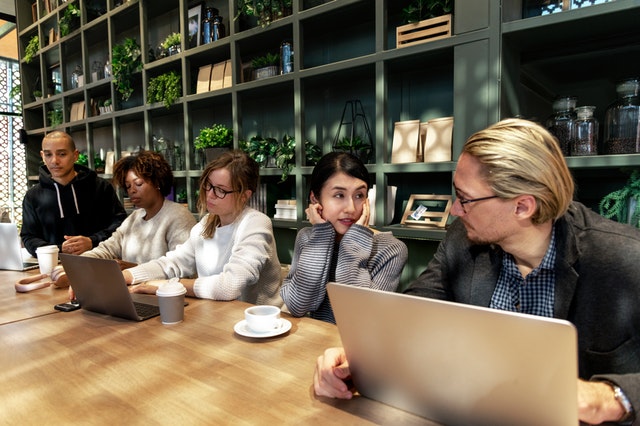 I often hear leaders brag about people on their leadership teams, people they love serving alongside, people they hope never leave. I have recently thought about the most recurring themes or attributes that leaders long for on their teams – postures or approaches that people take towards their roles and organization or ministry they serve. While some of what I have heard is leaders bragging about people they serve alongside, I have also heard leaders lament values that are missing from their teams. Here are four of the most common postures I have heard leaders discuss – postures that I have heard celebrated when they are displayed and lamented when they are missing.

There is a difference between having a posture of a servant and having the posture of someone who is seeking to be served. A team filled with people committed to serving others above themselves is an incredible and invigorating team to be on. When people on a leadership team embrace the posture of servant, mission and people trump position and personal agenda. When there are discussions about direction, servant-minded leaders think about how decisions impact others more than they think about how the decisions will impact them.

There is a difference between a posture of stewardship and a posture of “spending someone else’s time and money.” Leaders want people on their teams who they can trust to steward resources wisely. My friend Kevin Peck has often said “leaders will run out of money before they run out of ideas.” Because of this reality, leaders must be wise with how they steward resources – not just money but time and energy as well. Wise leaders want to ensure their time, their team’s time, and the time asked from others is not just “used” but “stewarded” in fruitful and helpful ways – in ways that advance the mission. While stewardship is not only about money, it certainly includes it. We are actually spending other people’s money – money that has been entrusted to us – and we should seek to leverage those resources fully for the mission that we have been given.

There is a difference between a posture of doing all the work oneself and equipping others for the work. Wise leaders long for people on their teams to equip others, not to simply “do all the work” but “develop others for the work.” If leaders and leadership teams don’t equip others, the scope of the church or organization’s influence is limited to the collective competence of the team. But if others are developed and deployed, the influence is exponential. Wise leaders desire for people on their teams to develop others so that (a) those people are well-cared for and have the opportunity to learn and grow and (b) the organization/church can be healthy. Healthy organizations develop leaders.

There is a difference between a posture bent towards action and a posture bent towards constant pontification. Getting things done. Doing what one says one will do. Hitting a deadline. Not just talking about but doing something about. Not just philosophizing but putting beliefs into practice. Following up and following through. Those phrases are used often because experienced leaders long for intentionality and intensity on their teams. Intentionality without intensity often means thoughtful conversations without action. Intensity without intentionality often means a fury of work without much foresight. Effective execution requires both.

Previous Post: « Momentary Multi-Millionaires and Joy in God’s Grace
Next Post: A Church’s Responsibility to Care for the Poor »