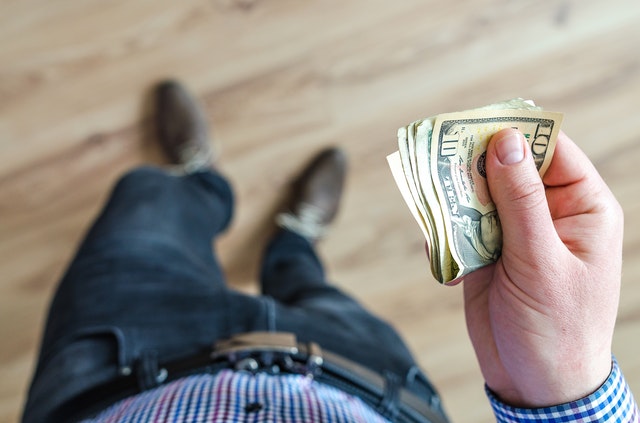 I still remember when I thought my family became instantly rich. I was in elementary school, and I was walking back into the house after retrieving the mail. I peered through the window of a large envelope and read a congratulatory note to my father for receiving millions of dollars. I had never heard of the Publishers Clearing House before, so I was ecstatic. I ran in the house and called my Dad at work to let him know he could retire because we were set for life. My father patiently told me to calm down and tried to explain that “the world does not work this way.” I was not hearing it because I had a letter to prove that indeed the world does work this way – for us. When he got home that afternoon he explained further, articulated the value of working for what we receive, and my hopes were crushed. He was right. The world does not work that way, but God does.

The world does not work as God does, which is why the hardest thing to believe is the free offer of God’s grace. Scripture teaches us that God “made the one who did not know sin to be sin for us, so that in him we might become the righteousness of God” (II Corinthians 5:21). On the cross, Jesus took our sin on Himself and gave us all His righteousness. He filled our account with His perfection. If we are in Christ, when God looks at us, He does not see our sin but He sees the perfect righteousness of Jesus. We have received much more than millions to our account; we have received the infinite and unconquerable righteousness of God.

I should be even more joyful and ecstatic than I was walking from the mailbox. I have received much more than I thought I received that day. In his commentary on Galatians, Martin Luther wrote:

Our merciful Father in heaven saw how the Law oppressed us and how impossible it was for us to get out from under the curse of the Law. He therefore sent His only Son into the world and said to Him: “You are now Peter, the liar; Paul, the persecutor; David, the adulterer; Adam, the disobedient; the thief on the cross. You, My Son, must pay the world’s iniquity.” The Law growls: “All right. If Your Son is taking the sin of the world, I see no sins anywhere else but in Him. He shall die on the Cross.” And the Law kills Christ. But we go free…. By faith alone can we become righteous, for faith invests us with the sinlessness of Christ. The more fully we believe this, the fuller will be our joy.

The more fully we believe that our account is filled with the sinlessness of Christ, the more joyful we will be.

Previous Post: « Two Recent Meals and Hungering for Righteousness
Next Post: 4 Postures Leaders Long for on Their Teams (and Leaders Must Be for Their Teams) »