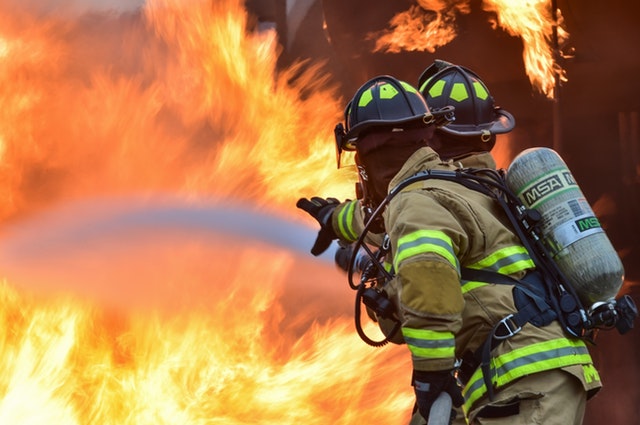 Last Monday was national first responder day. The church where I serve as pastor devoted time in the weekend services, the Saturday and Sunday before, to honor first responders and pray for them and their families. The moment in the worship service was a weighty one as we reflected on the sacrifice and commitment of the first responders who faithfully serve our communities and us. After each worship service we invited paramedics, emergency medical technicians, police officers, and firefighters to a pop-up “first responder” lounge where we gave them a gift and pastors on our team were able to connect with them.

Our care and support for first responders should not be limited to one day, and as church leaders think about the first responders in their congregations, here are three things to remember and three reasons we should care them:

1. They are willing to sacrifice their bodies.

Jesus said “no one has greater love than this: to lay down his life for his friends” (John 15:13). First responders, when they leave home each day, know that a time may come where they will be put in a position to lay down their lives in attempts to rescue and serve others. They are willing to lay down their lives for justice – for people to be treated rightly. The apostle Paul pondered how few people are willing to do so – “for rarely will someone die for a just person” (Romans 5:7). The sacrifice of the men and women who serve as first responders points us to the greater sacrifice of Jesus – who died for us not because of our goodness but because of our sinfulness in order to make us right with God.

2. They are put under tremendous emotional and psychological stress.

Earlier this year an in-depth article explored the trauma that Facebook content moderators face on a daily basis as they remove horrific and violent content from the platform. Being subjected to viewing the depravity of humanity takes a deep emotional and psychological toll on content moderators and surely on first responders. First responders see things and process things that most of us never have to process. As they sit in our churches, they do so with burdens many never have to carry.

3. They are in positions to serve our cities and God cares for cities.

In the book of Jonah we see God’s heart for the city of Nineveh. He knew how many people live there (120,000) and He knew each person. As the Lord moved on the heart of the king, the king decreed that the violence in Nineveh should cease (Jonah 3:8). As the city would be governed with justice, the people would benefit. God longs for people to be made right with God and for people to be treated rightly. The Lord desires to use men and women as first responders in our cities to help those cities bless the people who reside in them. As a church cares for first responders, the church is caring for people who are in positions to serve the city well.

I am thankful for first responders and am honored that those who come to our church trust us with their souls. I pray we serve them well.

Previous Post: « Answers from a Pastor to Questions About Kanye
Next Post: 3 Dangers in Only Teaching Commands and Virtues »