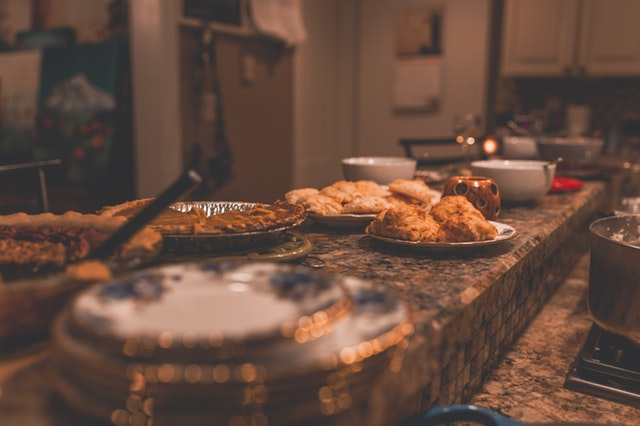 To be thankful to be a Christian in America in 2019 is really to be thankful for three different things. First, and most important, it means to be thankful to be His, to have God as our Father. Second, it includes, of course, being thankful for our country and the freedoms we enjoy in America. And third, it also means we are thankful for the time He has chosen for us to live and represent Him. The apostle Paul preached that “from one man he has made every nationality to live over the whole earth and has determined their appointed times and the boundaries of where they live” (Acts 17:26). In God’s wisdom, He has chosen for us to be where we are, when we are.

While the ultimate source of our gratitude and our rejoicing must be that He has given us life (Luke 10:20), we should also be thankful for where He has placed us and the time He has chosen for us to live and serve. Some believers seem to enjoy bemoaning where we live. And others long for the past and love to bemoan when we live – that there was a better time to be a Christian in America. But I want to be thankful for both the where and the when. As a Christian in America, here are seven reasons to be thankful for where we get to live and when we get to live:

While there are believers around the world who gather in secret because of intense persecution, we can freely gather and worship. We should be thankful. We can gather with other believers, sing songs to Jesus, study the Scripture, and encourage one another in public. We park our cars in a church parking lot and walk into a building to worship without fear for our lives. That is a big privilege. We can sing the name of Jesus proudly and loudly. We can even carry the entire Scripture with us as we gather.

2. We have the Scripture translated in our language.

There are people groups around the world who do not currently have the Scripture translated in their language. Today we can read the Word of the Lord for us. The access we have to study tools and insights from theologians and scholars is unprecedented.

3. The Church in America is growing in diversity.

According to Christianity Today based on research from Baylor University, “Protestant churches in the US have become three times more likely to be racially diverse than they were 20 years ago.” As the church in America grows in diversity, our church gatherings are a better foreshadow of the eternal gathering than they used to be. A time is coming when we will worship with people from every tribe, tongue, and nation.

4. We are not the majority culture.

There was a time in America where Christians were seen as the majority culture, where some values embraced by believers were also embraced by the broader culture, where the Church had a larger say on the morals of the day. This is no longer the case. As Trevin Wax has communicated, and I am paraphrasing, “some have viewed being a Christian in America as living in Israel when we are really living in Babylon.” This is great news though! Because, as Tim Keller has pointed out, believers have always thrived when we are not the majority culture. We recognize our weakness and must depend on Him. We realize how much we need one another. And we are put in a position to be true salt and light.

5. The rise of the “nones” means more honest conversations.

Some have expressed deep concern about the rise of the “nones,” or those who claim no religious affiliation. Ed Stetzer has pointed out, with thoughtful research, that people are simply being more honest about their beliefs. There was a time when non-believers felt culturally pressured to indicate they had a religious affiliation. With this no longer the cultural case, we are in a position where people are more sincere about where they are. What a great time for true conversations and engagement with people.

6. There is noticeable frustration with empty promises.

Sociologists have pointed out that the promise of strength and independence through self-reliance ultimately leaves us alone. Social media promised constant connection and community, and research has now proven it is increasing anxiety and unhappiness. The pursuits of happiness apart from Christ ultimately fail us, and realizations of our culture’s unhappiness seem to be on the rise. Which means we live in a great time to point people to the hope and joy found in Jesus.

7. We have more tools for gospel advancement than ever before.

Previous Post: « Church Leaders: 5 Items on the Top of Your List as 2019 Ends
Next Post: Church Ministry and When “An Affair” Is Worse Than “An Affair” »