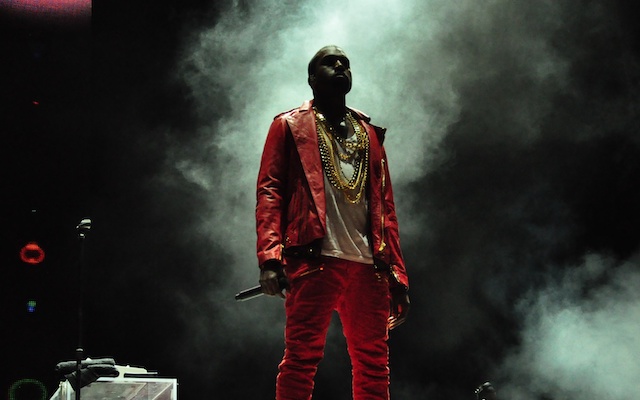 As you have likely heard, Kanye West has professed faith in Christ and has recently released a gospel album entitled “Jesus is King.” I am late to the game on writing about Kanye’s faith, and other leaders have already written some great pieces. I found Bryan Loritts’ and Eugene Park’s thoughts to be insightful and challenging, and will echo some of their sentiments.

I have listened to the album several times (it is only 27 minutes). And I have been asked about Kanye a lot in the last few weeks — from teenagers in our youth ministry to young leaders on our staff to friends in the church and friends in other places. Here are the questions I have received and my answers about Kanye West:

Is it too early to celebrate?

No. When someone stands in our church, or any church, to express faith in Christ, we don’t declare over that person “We want to get excited but this is probably too early to celebrate.” No! We rejoice and pray for the person. When we hear someone express faith in Christ, the best posture is always to rejoice. We should celebrate Kanye’s profession as we should celebrate any person’s profession – not more and not less.

Is “time will tell” the best posture?

No. Beneath the question is the truth that we don’t know if someone is sincere in their faith by what is professed with their lips. Thus many respond to a conversion story like Kanye’s with the line “time will tell if it is true.” But, no, “time will tell” is not the best posture towards Kanye West because we are woefully inconsistent with that posture. If someone says that statement for Kanye, then they should say that statement for everyone. We have seen preachers denounce their faith and walk away. “Time will tell” is as true for us as it is for Kanye West.

What do you think about the message on the album?

Great. There are some incredible lyrics that show gratitude for grace and an understanding of the gospel and the Scripture. In the song “Selah,” he raps: “John 8:33. We the descendants of Abraham. Ye should be made free. John 8:36. To whom the Son sets free is free indeed. He saved a wretch like me.” In the song “Hands On,” he acknowledges that he is called “halfway believers, only halfway read Ephesians,” which shows he (or someone on his team) understands that the second half of the book is about practical living, and he is accused of not yet reading that section of the text.

What about the criticism he faces from the world?

Totally expected. Jesus is controversial because the message of the gospel confronts us with our need to be rescued and our inability to find salvation and satisfaction in ourselves or our work. We need the work of Christ on our behalf. Kanye’s album gives us a tangible example that the message of Jesus has always been and will always be foolishness to the world. No matter who declares it, even one of the world’s most renowned artists. Lecrae commented: “When a person trades misogyny, and self-glorification, for talking about Jesus on every track, that will guarantee scrutiny and disappointment.”

What about the criticism he faces from the Church?

Saddening. The most painful track on the album is “Hands On” where he says that Christians will be the first ones to judge him. Kanye ends a song with a request for prayer: “Don’t throw me up, lay your hands on me.” It is a good and right request.

Should he be a “Christian rapper?”

Hmmmm. When Jimmy Kimmel asked him the question, Kanye declared himself a “Christian everything.” The response was great. Our faith should impact everything we do. But does that mean a Christian should make his craft Christian? We tend to put greater pressure on musical artists than any other craft. We won’t question the faith of financial advisers if they don’t put Christian fish on their business cards. We don’t expect the business consultants in our churches to only consult not-for-profits and churches. Yes, his faith should impact his life. But if he releases an album that is not listed as “Christian,” that won’t mean he is not living as a Christian. Several years ago I interviewed Lecrae for a webcast. He profoundly said, “The gospel is not a genre. It is the power of God for the salvation of all who believe.” Someone can live in response to that gospel in a variety of genres.

Previous Post: « Reformation Day and the 3 Theses That Impact Me the Most
Next Post: 3 Reasons Your Church Should Care for First Responders »