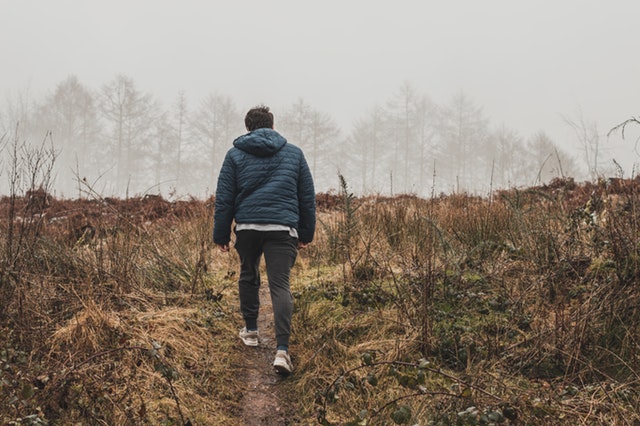 When God wrestled with Jacob (Genesis 32), God won Jacob to Himself by making Himself weak. In His love for Jacob, He withheld His power as even a slight touch to Jacob’s hip dislocated it. God has won us to Himself through weakness too. He emptied Himself, took on human flesh, and submitted Himself to the cross to make us His. Jacob won by losing too. He walked away from wrestling with God with a limp and a new name. He would no longer be the deceiver and the striver (the double meaning of the name Jacob) but the name of the entire nation of God’s people. His weakness, his losing to God, became his victory. We are His because of His weakness and we grow to be like Him in our weakness.

Years ago, I wrote a book called Transformational Discipleship with Michael Kelley (a great friend and man with two first names) and Philip Nation (who I affectionally refer to as Nation of Discipleship) on a massive research project on how people grow spiritually. The research reveals that seasons of spiritual growth are often closely connected to seasons of weakness and vulnerability.

I have thought about that research project often. Obviously, I don’t want pain for the people I serve. I don’t want pain either! And yet I believe what C.S. Lewis wrote: “God whispers to us in our pleasures, speaks in our conscience, but shouts in our pains.”

Those who exercise with weights know that the path to growing muscles is to overwhelm them, to lift heavier weights so that you feel weak. As you experience weakness, you are actually getting stronger. Whether it is a stressful season at work, new and overwhelming responsibilities, or challenges with relationship, God will use those moments of being overwhelmed to put us in a posture to depend on Him.

Ministry leaders know that people are often open to conversations about faith during seasons of change. Whether a new job, new city, or new child, those changes alert us to our longing for a strong and stable foundation. When things seem to be shifting, we want something to stand on.

Both the apostle Peter and the apostle James encourage us to rejoice in trials (which is so counter-intuitive) because the trials in our lives can develop our endurance and maturity.

Disciplines that make us weak

While we tend to be repelled by the idea of our own weakness, God grows us in our weakness.

Previous Post: « 4 Ways to Set Effective Goals for 2020
Next Post: Popeyes, Our Fascination With “New,” and the Exhaustion of Climbing »