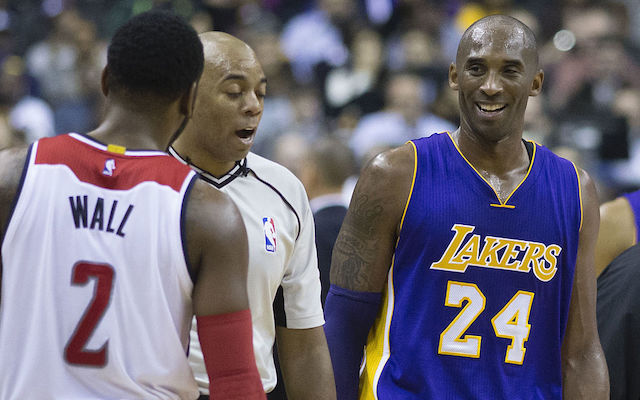 The church I serve as pastor gathers together in the same community where Kobe Bryant and his family live. Many have “their Kobe story,” such as the time they ran into him at Starbucks and he was kind and approachable or how they enjoyed seeing him just be a “Dad” at a local kid’s event. He loved and invested in our local community, and the community loved him. Several guys on our staff joyfully recount the time they were in our student building when Kobe showed up to shoot basketball with his daughter. And then there are those in our church whose relationship with Kobe and his family goes much deeper, as they enjoyed friendship with Kobe and his family.

Grieving the Loss of Consistency

There are fans who are deeply impacted by the passing of Kobe. Several have said to me, “I did not think this would impact me so much. I never even met him.” Though many never met him, he was a consistent presence in their lives. He played twenty seasons for the Lakers, a longer tenure than any other major sport’s athlete in Los Angeles history. He gave his all for the team many in our community grew up watching and cheering for. Twenty years created a sense of consistency and stability in a world that is so unstable and inconsistent and that loss is felt deeply, regardless if you met Kobe or not.

Yes, the community grieves the loss of one of the greatest basketball players in history. But the community also grieves the loss of eight others whose lives tragically ended in the same accident that took Kobe Bryant’s life. Nine people total. Nine people created in the image of God and nine people who were deeply important to others. So many voids were created in that one fateful crash. A renowned college coach, a high school coach, mothers, fathers, spouses, siblings, and friends suddenly taken from people who daily benefited from their presence. For friends and family members, they lost the “greatest wife, “greatest husband, “greatest mother,” “greatest father,” “greatest friend,” “greatest brother,” “the greatest coach,” or “greatest sister.” And that is bigger and deeper than basketball. This is true for Kobe’s family too.

Grieving the loss of Young Lives

Three young and beloved teenage girls from our local community died on Sunday morning and it is heart-breaking. It brings such sadness because so many years and so much potential was suddenly taken. When young lives are lost, we are jolted and reminded of the fragility of our own children. We hold tightly to our own kids while mourning the pain of others and being frustrated with a world where such pain exists.

Grieving and Groaning, but With Hope

Grieving, but Not Alone

We grieve with hope because Hope is with us. As Christians we also believe that our loving Savior is with us in our grieving. He is not distant. He is close to the broken-hearted. The shortest verse in the Bible is “Jesus wept.” The scene is a funeral and Jesus was about to raise the dead man, Lazarus, to life. But He still wept. He wept because He saw the pain and grief in people He loved. There is a day coming when He will reverse the brokenness of this world, but in moments like this, He is with us in our grieving.

Previous Post: « Diagnosed with Disconnection and the Beauty of Community
Next Post: 3 Leadership Reminders From an Elon Musk Tale »