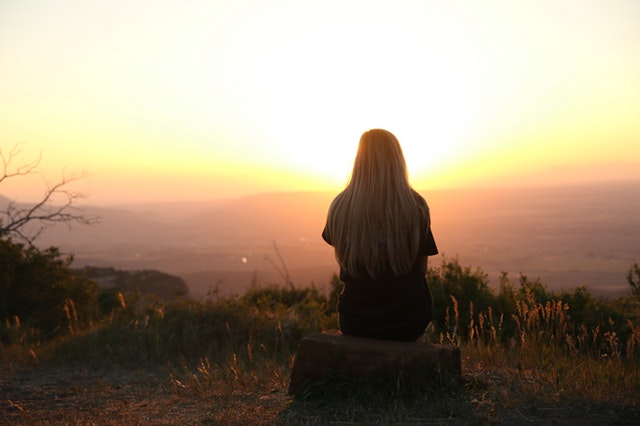 Vivek Murthy, former Surgeon General of the United States, believes it is not good for you to be alone. In fact, the former Surgeon General is on a crusade against loneliness because of the damage that loneliness produces in people’s lives. According to Murthy loneliness is the biggest health problem facing our country. About his work, Murthy stated: “I came to a deeper appreciation for the science behind loneliness which tells us that loneliness and weak social connections are associated with a reduction in lifespan similar to that caused by smoking 15 cigarettes a day and even greater than that associated with obesity.”

Leaders in the United Kingdom have reached the same conclusion. And in recent years have appointed Tracey Crouch to a new position – the Minister of Loneliness. According to their research, millions of people in the UK struggle with the damaging effects of loneliness, and they have decided that it is not good for you to be alone.

It is not good for you to be alone. This is true in the US and the UK. It was even true in perfect paradise. Whether they realize it or not, their statements are echoing what the Lord declared a long time ago. According to the Scripture, God was the first One to declare that it is not good for man (Adam) to be alone (Genesis 2:18)

Unlike current life in the UK or US, Adam enjoyed perfect paradise, a perfect relationship with God, in a perfect body not yet corrupted by sin. So why was loneliness not good in perfect paradise? Many scholars have pointed to Genesis 1:26: “Then God said, “Let us make man in our image, according to our likeness…” We see the beautiful mystery of the Trinity in the first chapter in the Bible – that God eternally exists in a loving community of Father, Son, and Spirit. While Adam could display many of God’s characteristics, Adam could not display the communal character of God without community. This is why it was not good that Adam was alone.

Ministry leaders, “it is not good for people to be alone” in our churches. Three quick thoughts for us ministry leaders about loneliness in the church.

1. Just because a person attends church does not mean the person is in community.

I have heard, over the years, many leaders speak as if people are in community because they attend the church, hear the sermon, etc. But it is entirely possible to be surrounded by people and still not be in community. Most of the millions of people in the UK who are lonely are surrounded by people. The UK has 66 million people living “on an island smaller than the state of Michigan (which has less than 10 million residents).” We must not assume that church attendance equates community.

2. Even in healthy churches there are still lots of lonely people.

The Garden of Eden was more than healthy; it was perfect. As great as your sermons may be, as amazing as your worship gatherings may be, surely you don’t believe they compare to the perfection in the Garden of Eden. And if community was important in perfect paradise, how much more is it in our imperfect churches?

3. Loneliness has negative spiritual implications too.

While we cannot create people like the Lord created Eve for Adam, we must be burdened for the disconnected and we must do all we can to help people get in community with others. It means we must do the hard work of launching new groups, training and developing leaders, and constantly shepherding people to places where they will be in community. As the Lord surveyed His creation and declared loneliness to not be good, we must survey the ministries we steward and echo His same declaration.