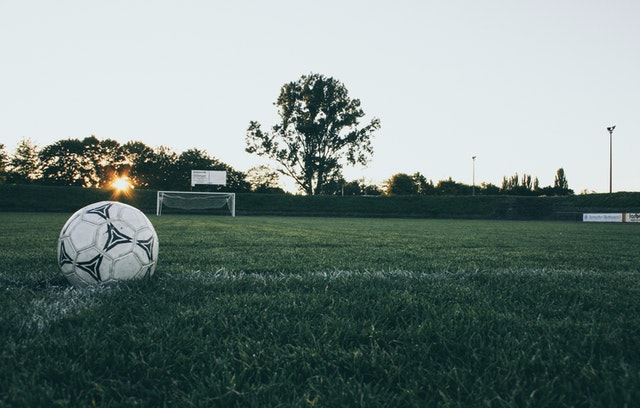 When Evie was six, I coached her soccer team and I loved it. One game in particular reminded me how to live as a Christian. We were called the Soccer Rockers and it was a blast. The kids and their parents were great. Evie’s favorite game that year was the game we played when the other team forfeited. The opposing team did not have enough players at the game on time, so after being sure the referee understood that our team won no matter what was about to happen, I offered a few players from my team to the other team so that all the girls could play for fun. I pulled the kids aside and said “no matter what happens now, you have won this game. You have won. So, let’s go work on our plays and have some fun.” The kids had so much fun playing. Some of them seemed to play with more confidence, not less. Some of them seemed to play with more passion, not less. The burden of was removed because they had already won.

This is how the Christian life is supposed to be lived.

We live for Christ not to be approved by Him, but because we already are. We live in response to the great news that we have already won, that Christ’s victory is our victory. We are not playing to win. We can play and enjoy and even be more aggressive because we have already won. We live in response to the reality that Christ has already secured our salvation and identity through His gracious work for us. Many preachers have said something similar to Warren Wiersbe who wrote: “Remember: you are not fighting for victory, but from victory, for Jesus Christ has already defeated Satan!”

Dane Ortlund wrote the following in his refreshing and encouraging book, Gentle and Lowly: the heart of Christ for sinners and sufferers:

There are two ways to live the Christian life. You can live it either for the heart of Christ or from the heart of Christ. You can live for the smile of God or from it. For a new identity as a son or daughter of God or from it. For your union with Christ or from it. The battle of the Christian life is to bring your own heart into alignment with Christ’s, that is, getting up each morning and replacing your natural orphan mind-set with a mind-set of full and free adoption into the family of God through the work of Christ…

Previous Post: « Colliding Data Points and Why Your Church Leaders (Likely) Aren’t Idiots
Next Post: WHAT!?! Instructions to Not Sing at Church?!  »