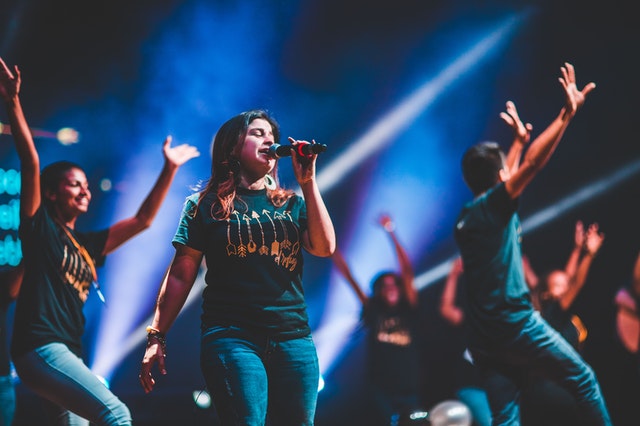 On Friday my phone started blowing up with text messages from friends, both in and outside of California, sending me links to articles where Governor Newsom, California’s governor, issued instructions banning singing and chanting in churches while continuing to limit attendance of indoor gatherings. The orders immediately resulted in divergent viewpoints, adding to the increasing frustration and polarization in our culture. On one side you can hear statements like, “Why are some Christians making such a big deal of this? It is just data, right?” On the other side you can hear statements like, “This is an attack on our religious liberty!” Here is my attempt to make sense of this after living with the “no singing” instructions for a few days – something I never imagined. Something I did not even have a category for until now.

Singing is a big deal in the Christian faith.

For someone who is not a Christian or familiar with the Scripture, the instruction to cease singing doesn’t sound to be that big of a deal. Some may ask, “Isn’t this simply logical because of the data that shows how singing and shouting spreads droplets in the same way as coughing or sneezing?” But for many Christians the suggestion to “stop singing” is not merely logical. It is spiritual, emotional, and convictional. The Scripture commands us to sing to the Lord and proclaim His deeds (Psalm 9:11), and Christians are compelled to sing of God’s great love so that other generations will know of God’s faithfulness (Psalm 89:1). Because of who God is, the Psalmist declared he would sing to the Lord for his whole life (Psalm 104:33). The New Testament describes singing songs of gratitude as the natural response for those whom the message of Christ dwells richly among (Colossians 3:16). And it is not just individual singing that is important in our faith; we are invited to worship the Lord together among God’s people (Psalm 95). The truth gets down deep in our souls as we sing. We encourage those around us. And we declare to the Lord how great He is and how good He has been to us.

But to view instructions to not sing as an attack on religious liberty may be a jump.

We are in a pandemic and every instruction and decision should be viewed through the lens of that context. I say it “may be” a jump because I don’t know the intentions of the people involved in the decision. Perhaps some would love to limit religious liberty, but I don’t read instructions about not singing during a pandemic when inside as necessarily an attack on my religious liberty. There are other biblical postures of worship that were not addressed in the instructions such as bowing, lifting of hands, and kneeling – because those postures are not connected to the spread of a virus. “Well if not this, then what would be an attack on our religious liberty?” some have asked. (And those asking are asking because they care deeply about the beautiful privilege we have in our country to gather and worship.) If we were asked to secure approval for the lyrics we sing, that would be a violation of our religious liberty. If we were told that singing about Jesus’ death is too offensive, that would be an attack on religious liberty. I am much more concerned that there will be attempts to redact or change the content of my faith than the postures that transcend my faith tradition. Singing and shouting are postures that occur in all types of contexts, including concerts and sporting events. Singing is not unique to the Christian faith, but singing in response to our Savior who placed Himself on a bloody cross is.

May we never take singing to our Savior for granted again.

After separating my shoulder in a mountain biking accident last year, I could not use my shoulder for several months. I could not ride my bike, could not enjoy the trails, and could not lift weights. When I was finally able to exercise again, my gratitude for my shoulder increased. As a pastor I would take a season of not singing in large indoor gatherings if it meant increased gratitude for singing in the future. As much as I miss gathering how we used to, a room filled with voices raised, I would make that trade if on the other side of this we are people who don’t take the moments of singing together with God’s people for granted.

I am not saying that I will ask people not to sing. The church I pastor is not holding large indoor gatherings at this time, and we are utilizing smaller and outdoor/airy gatherings in coming days. But I do know that one can worship through a limitation. I have seen people in our gatherings in wheelchairs, some who are unable to bow and unable to lift their hands (also biblical postures), and they have worshipped deeply. They will likely wait longer than we will to worship without their physical limitations, to the day when they see Jesus face to face.

At the same time, I love that people are jolted by instructions to not sing if the source of the jolt is feeling inhibited in expressing adoration to Jesus. May the holy frustration drive us to commit to never take singing to God among God’s people for granted again. Perhaps this moment will be the moment that God uses to birth in us a passionate commitment to soak in every second when we are able to gather again without restrictions. To be there ready to belt out praise to God when the service begins, as opposed to casually walking in half way through the second song. To sing our guts out through the last song and feel a bit bummed when it ends, instead of jetting early to secure a table at lunch.

There was a moment when religious leaders told Jesus to tell people to stop celebrating and praising Him – or to stop singing. Jesus responded, “if they were to keep silent, the stones would cry out” (Luke 19:40). I realize that Jesus was not riding into Jerusalem in the midst of a pandemic, but I love His answer. He did not say, “Yes, I will tell people not to make any more noise.” But he also did not say, “No, I am going to insist that they keep making noise.” Instead Jesus stated the reality that He is going to receive worship. In other words, Jesus is going to be praised. He is God and from the rising of the sun until it goes down, and His name will be worshipped. We, of course, should love to be the ones who bring Him praise because He is the One who has satisfied us and our hearts are encouraged as we exalt Him.

Singing is important, but the heart is more so.

As a family we sang songs over the weekend that have declarations about singing within them. We talked about how singing is part of who we are. But, sadly, we can also sing songs with hearts far from the Lord. In the gospel accounts, Jesus said of the religious leaders in His day that “these people honor me with their lips but their hearts are far from me.” May the Lord use this season, a season when so much is being shaken and the unthinkable is happening around us, to soften our hearts for Him and towards Him. May we be people who sing to Jesus and whose hearts are in alignment with the songs that come from our lips.

Previous Post: « A Reminder From My Stint as a Soccer Coach: From Victory, Not for Victory
Next Post: How an Ice-Age Context Impacts One’s Approach to Leading »