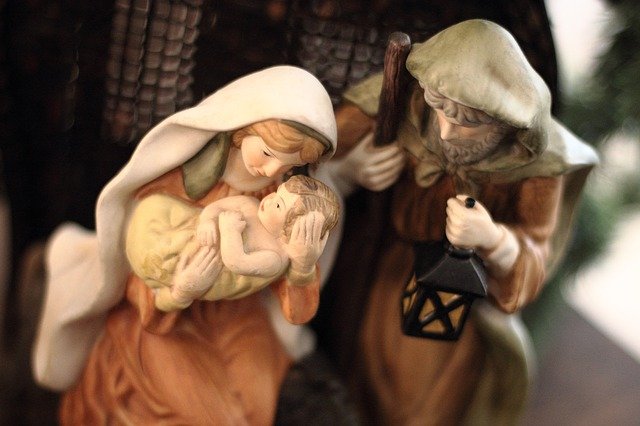 Shortly after His birth, Jesus’ parents brought Him to the temple to be circumcised.  There was a priest, Simeon, at the temple who has been waiting for years to see the Messiah who would come into the world to rescue us. God told him he was going to see the Messiah before he died. Simeon was overjoyed as he held Jesus. Simeon knew this was not just a baby he would pick up, but the Messiah who would pick him up. Simeon knew that Jesus was not merely a baby he would comfort but the Christ who came here to comfort him.

Simeon told Mary and Joseph something staggering about Jesus: “This child is destined to cause the fall and rise of many” (Luke 2:34). We will either fall or rise because of Jesus. Some reject Him; some rejoice over Him. We either trip over His message or trust His message.

Other writers in the Scripture picked up on Jesus causing some to rise and some to fall by calling Him the Stone. One of Jesus’ disciples Peter wrote: “this one has become the cornerstone, and a stone to stumble over… (I Peter 2:7-8)” In that culture a cornerstone was used to build a house – and everything else in the house was positioned around that. Those who rise are those trust Jesus as their center, as their cornerstone. Those who fall are those who reject Jesus and trip over Him as the stumbling stone.

Jesus is like the best Lego piece in a kid’s bedroom. The Lego piece can be the cornerstone of an amazing building or it can be the most painful moment in the middle of the night. If you have ever stepped on one in the middle of the night, you know. Most objects give when you step on them, but not Legos. A Lego can withstand 950 pounds of pressure. Though small, they are extremely powerful. As Simeon held Jesus up, this tiny baby, Simeon knew Jesus would be the stone that would cause many to rise and many to fall. Though He entered our world humbly, He is the King who cannot be trampled over.

Why does Christmas cause some to fall and some to rise?

Some don’t want a King; some rejoice that Jesus is their King.

Many don’t want another King, and Christmas is when our King has arrived. In the Christmas story we learn that King Herod was threatened by Jesus, because he wanted to be the only King. We are often the same way insisting to be in charge of our lives. While some stumble over Jesus’ insistence that He is the King, some savor Jesus as King – knowing that Jesus is a much better leader of our lives than we are.

Some don’t think they need a Savior; some rejoice in Jesus as their Savior.

Christmas reminds us that Jesus did not ask us to meet Him half way. Jesus came all the way here for us. Those who insist they are good enough or can achieve joy for themselves won’t enjoy the message of Jesus. But those of us who know we need grace, who have felt the weight of our struggles, rejoice that we have a loving Savior who has accomplished salvation for us.

Christmas is glorious because Jesus our good King and gracious Savior, the One our hearts long for and the One we ultimately need.  May the beauty and power of the Christmas message cause us to rise with joy and gratitude.