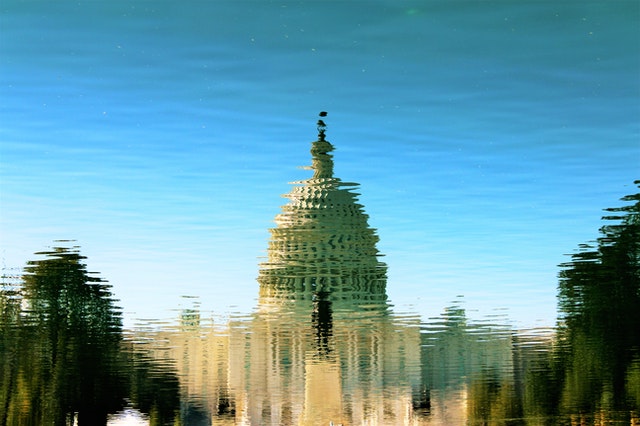 Jesus stepped into a politically divisive time, even more complex than our cultural context. Some have suggested because our country is exceptional, we have people who care so deeply about politics. The Jewish people had actual verses in the Bible telling them they were the chosen ones, the exceptional ones (not verses they took out of context either), so there was ample reason for people to long for Jesus to join one of the political movements of the day. There were many parties to affiliate with too: Galileans, Herodians, Pharisees, Sadducees, Zealots, Publicans, etc. Yet there are no passages where Jesus gets these parties together and encourages them to adopt a certain viewpoint on Rome. He did not sign up to be the spokesperson for any of these parties. In His famous Sermon on the Mount, Jesus does not address the political climate. There are no miracles focused on politics, and no parables either. Jesus disappointed all the parties. If you wanted Jesus for your side, He disappointed you. If you wanted Jesus for Jesus, He quenched you.

There is one account where Jesus addresses a political issue. It is when the Herodians and Pharisees team up to trap Him about paying taxes to Rome. Jesus says “whose face is on that coin? Give to Caesar what is Caesar’s and give to God what is God’s.” The image of Caesar was on the coin, so they could give their taxes to Caesar, but not their hearts. The Image of God is on us, so we give our hearts to God. Don’t give to a political leader or an earthly kingdom what you should give to God – your ultimate allegiance.

When asked by Pilate, hours before His death for us, why His own people handed Him over, Jesus replied: “If my kingdom were of this world, my servants would fight, so that I wouldn’t be handed over to the Jews. But as it is, my kingdom is not from here” (John 18:36).

Jesus came to start a new Kingdom. He was not focused on the kingdoms of this world, which come and go. Since the time Jesus walked this earth, Rome has fallen. So has all the political parties of His day (and some political parties in our country’s brief history too). But what has not fallen, and what will never fall, is the Kingdom of Jesus and the people of God.

Whose side is Jesus on? Joshua asked that question too as he was on the brink of leading soldiers to take over the city of Jericho. There was a man in front of him with his sword drawn, and most scholars believe this was Christ pre-incarnate. Joshua asked, “Whose side are you on?’ He answered, “Neither. I am the commander of the Lord’s army.” We don’t get Jesus to join our side. We join His. He is the commander.

And in His Word, He has made His side abundantly clear. He is for the poor, the widow, the orphan, the immigrant, the unborn, and the broken-hearted. He is for marriage between a man and woman that reflects the gospel and points people to the gospel. He is for people from every ethnicity and He pursues people for Himself from every tribe, tongue, and nation. He is for believers showing the world their faith through their love and peace. He is for God’s people gathering. He has been and is for all these things, and more. And His followers should be as well. Scott Sauls has wisely stated, “You can be a single-issue voter, but you can’t be a single-issue Christian.” We must care for all Jesus cares about as we have joined His side. He cannot be squeezed into a political movement or party, and He has never been able to be squeezed into a political movement or party because He is before all and above all.

He has cared for all these long before we were a country. We have been a country for less time that God’s people were in Egyptian captivity, for less time than they were led by the Judges in the land of Canaan. Through all those periods of time, God has inviting people from all different backgrounds to join His side. He invited both Matthew (a publican) and Simon (a zealot) to be one of His disciples. They were enemies but they joined His side and because of Jesus they became friends and brothers who walked with Jesus together. Jesus is still inviting people from different backgrounds to join His side and to find their unity in Him.

Previous Post: « Our Dog Roscoe, John Stott, and the Hound of Heaven
Next Post: 3 Ways Christians Should Live in a Politically Divisive Time »