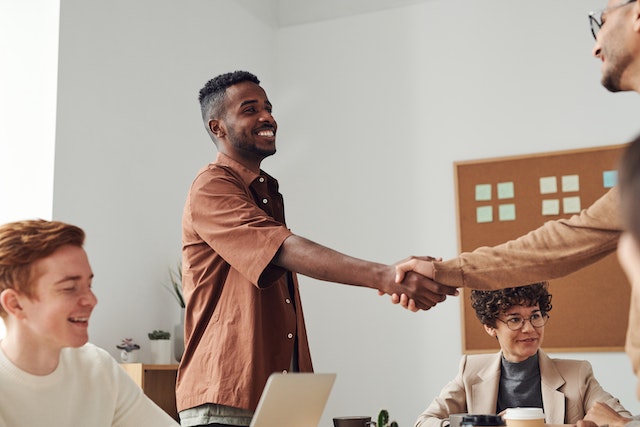 Five years ago, February 2018, is when I received the first inquiry about my interest in becoming the next senior pastor of Mariners Church. I became the senior pastor that September and since that moment have received a lot of questions from other leaders about succession. My predecessor, Kenton Beshore, and I are convinced that most leaders think about succession far too late and far too little. Intentionality around succession will mean thinking earlier and thinking longer about the approach, the timeline, the transition, and the communication.

1. Succession demands intentionality because it is challenging.

Bringing a leader up from within or finding a leader from the outside both present unique challenges. If the plan is to raise up a leader from within, then the right experiences and training must be given to the leader to develop necessary competencies. Ram Charan said that leadership development fails for one primary reason: people are trained for their current roles and not their future roles. If the plan is to bring in an external leader, then thoughtful evaluation for a chemistry and cultural fit is paramount. You can’t “wing it” when it comes to succession, either internal or external.

Succession is also challenging in this season for pure demographic reasons. Predecessors or search teams often look for a leader in his/her 40s because that age still provides the possibility for a long tenure and yet the person has had time to prove character and leadership. But if you want a leader in that stage of life, understand this will be more challenging because there are fewer leaders in their 40s than there are older leaders and younger leaders.

From a demographic reality, the succession pond is smaller if an organization is looking for a leader in his/her 40s.

2. Succession demands intentionality because it is important.

Think of the people who are impacted by the succession of leadership in a ministry or organization: current and future leaders, the community, people the ministry serves now and in the future. The ripple effects of succession, for better or worse, are far-reaching. The impact is significant to the organization and the individual, the flock and the sheep, today and tomorrow. As leaders we have painfully learned, much more time is spent dealing with a mis-hire than would have been invested in thinking more fully before the hire was made. To recover on a missed succession is possible but it will take more time than the time an organization would have invested in getting it right the first time.

In a few weeks I am launching a 9-episode podcast about succession. My predecessor and I will walk leaders through the process of succession at Mariners Church and will share lessons along the way. It is honest and raw and we hope it will be helpful. It will be under the “Eric Geiger Leadership Podcast.

Previous Post: « Leaving or Keeping in the Love of God
Next Post: Kaye Geiger (My Wife) on Building Community for Pastor’s Wives »