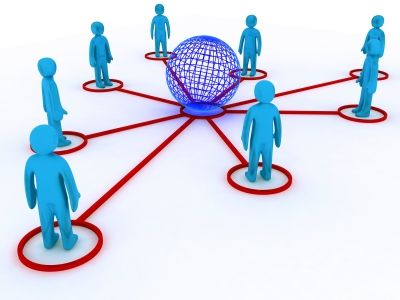 A wise leader delegates both responsibility and authority to others. Doing so broadens the reach of the organization or ministry and helps develop the people within it.

In Exodus 18, Moses was confronted by his father-in-law (seldom an enjoyable experience) because of his unhealthy approach to leadership. Moses was feeling the burden and the weight of growing responsibilities. Not only was Moses overwhelmed, but the people he served were going home unsatisfied. Jethro told Moses to build a system with godly leaders to distribute the care for all the people through other leaders. He asked Moses to stop doing all the work—all of the ministry—and to prepare others.

Jethro invited Moses to delegate responsibility and authority to others who had proven themselves trustworthy. He didn’t encourage Moses to haphazardly dump all his responsibilities on anyone he could find, to remove his heart from the people, or to wash his hands of the burden. Delegating is much more strategic, much more careful, and much more loving than that.

With delegating, a leader is still available.

With dumping, a leader really doesn’t want to be bothered with the issue again and subtly or overtly sends that signal. Jethro encouraged Moses to have the leaders bring the difficult cases to him (Ex. 18:22). In other words, Moses was still involved and available to the people to whom he delegated responsibility.

With delegating, a leader’s heart is still engaged.

With dumping, a leader removes his/her heart as the responsibility is given to another person. In some cases, what the leader hands off to others are merely things the leader does not like to do. Wise leaders don’t delegate their hearts. They care deeply about what is being delegated. It is because they care so much that they delegate, not because they care so little. Jethro told Moses that if he delegated well, “they will bear [the burden] with you” (v. 22). With you. Jethro did not imagine that Moses would stop caring.

With delegating, a leader carefully selects who receives the responsibility.

With dumping, any warm body will do. With delegating, leaders carefully choose those people who will serve alongside them. Jethro told Moses to select “able men, God-fearing, trustworthy, and hating bribes” (v. 21).

There is a massive difference between delegating and dumping. Delegating is wise, effective, and loving. Dumping is haphazard, self-centered, and unhealthy. Resist the temptation merely to dump some of the burdens that are on your leadership plate. And delegate well.

Previous Post: « 5 Emphases to Help You Go from Hating Capital Campaigns to Loving Them
Next Post: 3 Things the Leader Must Not Delegate »